Local scientists have developed a bio-degradable material for plastic bags. 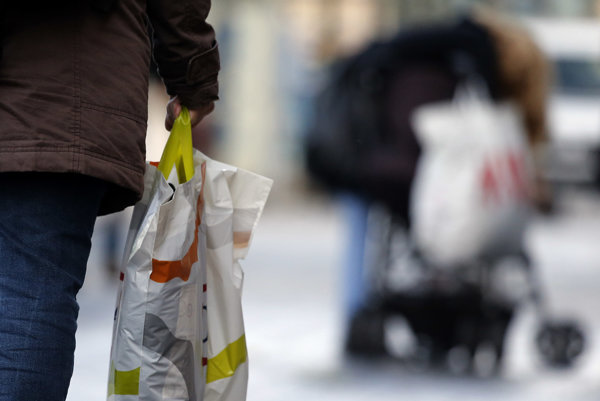 Slovaks are extensive users of plastic bags when an average Slovak uses 466 of them a year, compared with only four used by Danes. While charging for plastic bags is apparently reducing usage of this pollutant that is harming the environment, also pressure from the European Union is mounting. The Environment Ministry is planning an amendment to the Waste Act, which should decrease the use of plastic bags for shopping. Retailers would not be allowed to give bags for free, and they would have to keep track of all bags.

“The main goal is to lower the use of light plastic bags for shopping, which will result in a decrease of waste from packaging,” Petra Stano Maťašovská, spokesperson of the ministry, told The Slovak Spectator.

“The change will contribute to better environmental awareness of people,” said Stano Maťašovská. “It should motivate shoppers to improve their consumer habits and use textile bags or wicker shopping baskets, like they did in the past,” added Stano Maťašovská.

In Denmark, which proposed the amendment to the EU in 2015, an average person uses only four such bags a year. People in Ireland use 18, in Germans 65 and people in Poland over 400. An average Slovak uses 466 plastic bags per year, whereas average usage in the EU is 200.

In 2015, the French environment ministry was planning to introduce a ban on single-use plastic bags from January 2016. However, the proposal was put on hold by the European Commission, which wanted to find out how the ban would affect free movement of plastic products and related profits. It also needs to specify the size and weight.

On the other hand, charges for plastic bags were already enacted in the UK in October 2015. A five-penny fee resulted in an 85-percent decrease in light plastic bag usage, according to the Guardian.

Introduction of fees in some Slovak retail chains has also resulted in changes in customer behaviour.