Prosecutor is no longer accused of abusing his power. 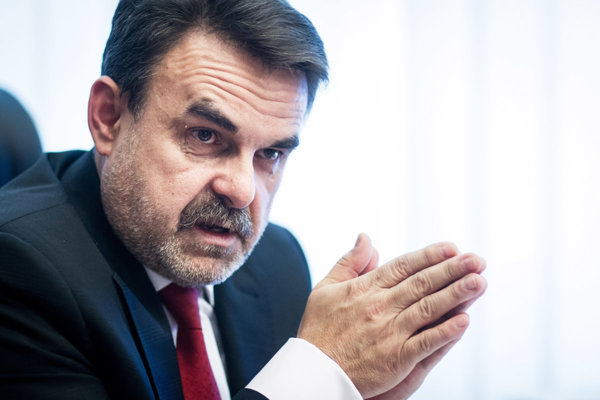 Vasil Špirko, prosecutor of the Special Prosecutor’s Office, has been cleared of abuse of power charges brought by the National Crime Agency (NAKA), General Prosecutor Jaromír Čižnár announced August 17. His office was acting in the case following Špirko’s complaint that he delivered to the General Prosecutor on August 4.

Among Špirko’s files are also those pertaining to the B.A. Haus case in which tycoon Ladislav Bašternák is suspected of major VAT fraud. 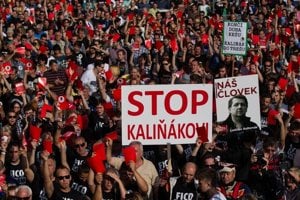 Read also: Judge speaks up against the prosecution of prosecutor Read more

Špirko’s files were confiscated while he was on holiday, the Dennik N daily reported August 12.

“After the accusation was raised, all files assigned to the prosecutor were requested to be checked,” the Special Prosecutor’s Office spokeswoman Jana Tokolyova confirmed for the public-service RTVS.

The Special Prosecutor’s Office that deals with the criminal prosecution of Špirko however claims that confiscating files is part of the standard procedure.

Some experts have however questioned the need to confiscate all the files of Špirko. For instance Eva Mišíková, former head of the penal department of the General Prosecutor’s Office opined for RTVS that there was no reason to take any files except for those pertaining to the criminal prosecution of the prosecutor.

Špirko was accused over a case unrelated to Bašternák, namely the case of businessman Ľuboš Varga who also faces accusations of tax fraud.

Varga also testified in front of prosecutor Špirko, but later on filed a criminal complaint against the prosecutor claiming that his attorney was not present and he wasn’t aware of what he was signing.

The NAKA resolution on pressing charges against Špirko suggests that Špirko was leading informal talks with Varga, in which the latter revealed some information about other people’s economic criminal activities. Based on information from Varga, Špirko wrote a criminal complaint and then tried to force the businessman to sign the complaint. On July 15, Varga reported that to the police and a few days later the police accused the prosecutor.

Čižnár explained his office obliged to Špirko’s complaint for two reasons: the accusation wasn’t sufficiently justified, and it was issued prematurely.

The opposition and also some judges have earlier spoken up against the accusation of Špirko.

“Everybody was making statements without ever having seen the file,” Ciznar said.

Opposition politicians of OLaNO-NOVA and SaS who have been trying to have Kaliňák dismissed for his alleged involvement in the Bašternák case and have organised a string of protests on a weekly basis to that end, have claimed that Špirko had been accused because “someone wanted to stop him”, as former interior minister Daniel Lipsic said.

Justice Minister Lucia Žitňanská too admitted that she perceived the criminal charges against the prosecutor “negatively”.

“The whole case including these steps deepens the mistrust in institutions – the Interior Ministry, the police, the prosecution, and that is why I perceive it very negatively and with concern,” Žitňanská told Dennik N on August 15. She also said she would wait for the General Prosecutor’s next steps and claimed that she would expect a clear explanation.

Judge Peter Šamko gave rise to a parallel debate after he published his opinion with regard to the NAKA resolution to start criminal prosecution of prosecutor Špirko on the PravneListy.sk website.

Yet Šamko claims that if this was what happened, it cannot be classified as abuse of powers because there is no element of power or decision-making present in the case. Also, the possible intention to cause harm to someone or bring profit to himself is not present in Špirko’s actions, Šamko wrote.

The General Prosecutor’s Office labeled Šamko’s analysis “unprofessional” and experts remained divided on whether it’s appropriate for a judge to comment on cases that are still not closed.

Žitňanská said that a judge should generally be cautious with publicly statements about issues that haven’t been concluded, but if it is in public interest judges may express their legal opinion, the TASR newswire reported. She believes judges need to determine the dividing line themselves.