Volkswagen has settled the dispute, for now

Sixty Slovak employees of Martin-based plant may return to work.

German carmaker Volkswagen and two of its suppliers agreed on solving the dispute that resulted in constraints on production, the DPA newswire reported.

“Based on this the plant in Martin will gradually restore its production,” Lucia Kovarovič Makayová, spokesperson for Volkswagen Slovakia, told the Sme daily. 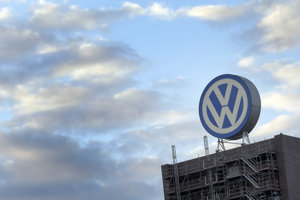 The plant, which manufactures components for gearboxes, was forced to temporarily halt part of its production on August 22. This affected about 60 of its employees, who stayed home, being entitled either to make a claim for wage compensation or to use their overtime hours and holidays, Sme wrote.

Neither the carmaker nor the suppliers wanted to comment on settling the dispute. The talks started on August 22 at noon. The limitation of production at the carmaker affected altogether 28,000 employees, while the carmaker also had to halt the manufacturing of its Golf model in Wolfsburg, Germany.