A walled up stone lion was found by reconstruction workers in the Coburg manor house in Jelšava, Revúca Region. 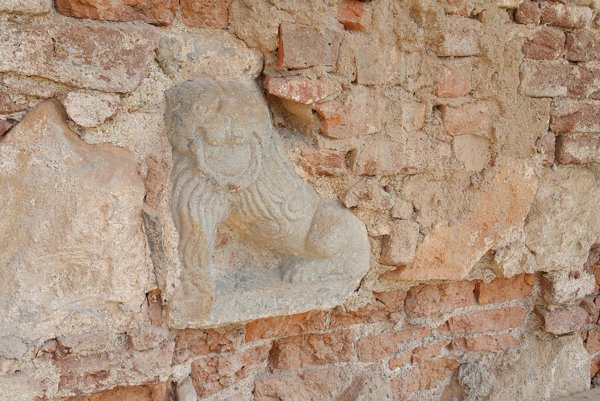 The statue is placed high in the wall, just under the roof of the building and its possible origin is currently under investigation, Viera Kozárová, coordinator of the monument restoration, informed the TASR newswire.

“We’re guessing that it comes from the Renaissance period and maybe even older,” Kozárová explained to TASR, addingthat its shape is also similar to the Romanesque style.

The statue was used in the Baroque facade later than the original, possibly coming from a redevelopement of the original manor house or from the structure of the so called "royal house", according to the coordinator.

Kozárová also added that the lion could have been a decorative element of the railing, brick stove or other architectural part of the structure in the past.

"One component is in fact also a pillar foot," she explained for TASR.

It has not been decided what to do with the find.

"My wish is to remove it from the wall  so that it could be a part of an exposition some time and thereby be available also for visitors of the manor house to see," Kozárová told TASR.

The newly discovered stone statue could be seen by visitors of the event “Turks in Jelšava” during the last weekend of August when the manor house was open to the public after one year.