Poll: Almost a half of Slovaks would welcome neutrality

In Slovakia, 52 percent of all inhabitants support the European Union, finds a poll conducted by the Focus agency for the Globsec organisation. 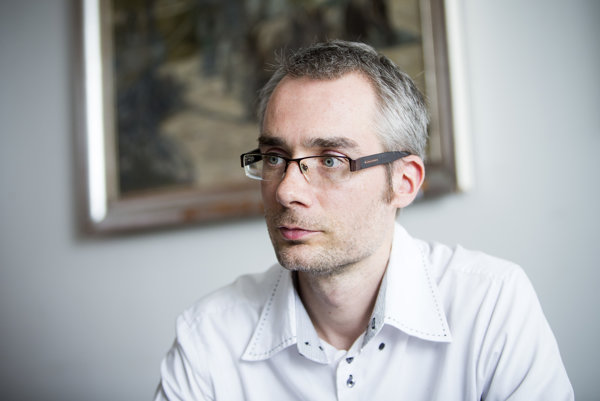 The poll for Globsec was made by the Focus polling agency between January 31 and February 7, on a sample of 1,000 respondents. It was presented by Globsec analyst and extremism expert Daniel Milo, social analyst Oľga Gyarfášová, Martin Slosiarik of the Focus agency and Jakub Janda of the Czech think-tank Európske hodnoty (European Values).

From among the central-European countries (Slovakia, the Czech Republic and Hungary) Slovakia was found to be second only to Hungary in its support for the EU . 54 percent of Hungarians polled think that EU membership is a good thing; while in the Czech Republic, 32 percent are of that opinion.

Slovakia, traditionally one of the most pro-European countries, saw a steep decline in support for the EU: in 2010 it was 68 percent, in 2016 it is 52 percent.

The decline may be caused by the migration crisis.

On the other hand, Slovakia shows the biggest rate of inclination towards a pro-Russian orientation, with a support of 12 percent, and also the highest rate of anti-Americanism.

“As many as 59 percent of Slovaks see the role of the USA in Europe and in the world in a negative light,” the SITA newswire quotes the poll. “And 60 percent of them believe the idea that the USA use NATO to control small countries.”

The poll finds that there is considerable opposition towards the NATO infrastructure. In total, 56 percent of Czechs, 55 percent of Slovaks and 34 percent of Hungarians are against building allied bases on their territories.