Slovak teachers to walk out once again

Only 1,773 teachers at 106 Slovak schools will take part in another strike organised by the Initiative of Slovak Teachers. 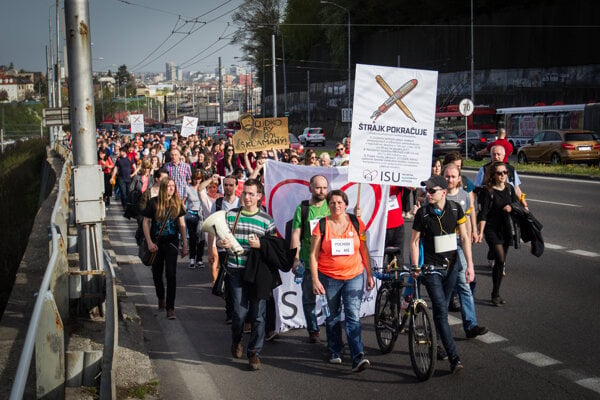 The previous strike organised by the Initiative of Slovak Teachers in early 2016. (Source: Sme)
Font size:A-|A+

Slovak teachers began another “graded strike” in order to increase tariff salaries of pedagogical and professional employees in regional schools by €140 in 2016 and €90 from the beginning of 2017 on September 13.

In addition to higher salaries, the organiser of the one-class strike, the Initiative of Slovak Teachers (ISU) calls for reappraisal of credit education of teachers and increase of budgets of the education and interior ministries by a total of €400 million to remove disparities in school facilities. While the strike limits the teaching of only 1,773 teachers at 106 schools, there are 89,000 teachers at more than 2,900 kindergartens, 2,100 primary and 860 secondary schools in Slovakia, the TASR newswire reported.

Meanwhile, Education Minister Peter Plavčan responded with an increase in salaries as of early September and plans to negotiate with Finance Minister Peter Kažimír concerning higher salaries in 2017.

“The first two laws approved by the parliament refer to education and one of them meant raising the teachers’ salaries in which we want to keep on as the government statement declares it,” said Plavčan, as quoted by TASR. 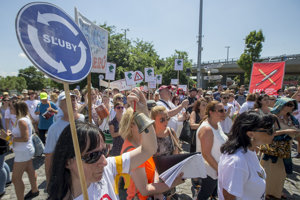 ISU together with several university teachers also arranged the previous strike held from January 25 to March 7, significantly changing the course of the pre-election campaign, but they have not yet seen their demands met.