Among the components of a medieval monastery was normally a library with scriptorium. 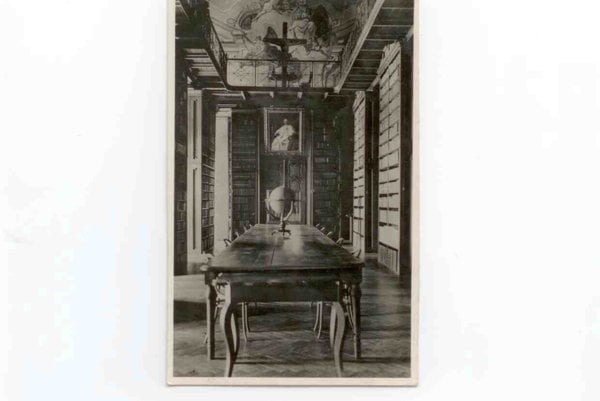 This was originally where books were copied by hand. Copying books was considered a spiritual activity, and the books themselves revered as sacred items. Thanks to their privileged and protected position, books have preserved into the modern era information from ancient times, the pagan world and the early centuries of Christianity. Monasteries started to maintain the legacy of the ancient world from the 6th century AD, at the initiative of a famous scholar of the early middle ages, Cassiodorus.

It is interesting, though, that despite the fact that monasteries became a kind of database of knowledge, that knowledge was not always widely disseminated.

Books were also important in the Premonstratensian monastery at Jasov, south of Košice. Its library comprises about 45,000 titles, and the whole monastery possesses an impressive 100,000 books. A visitor to the library can admire books stored along all its walls, arrayed along the shelves of tall cabinets. The oldest of these date from the 16th century.

In this postcard, we see the library as it was captured by a photographer during World War II.