The strike may continue later in September if the demands are not met. 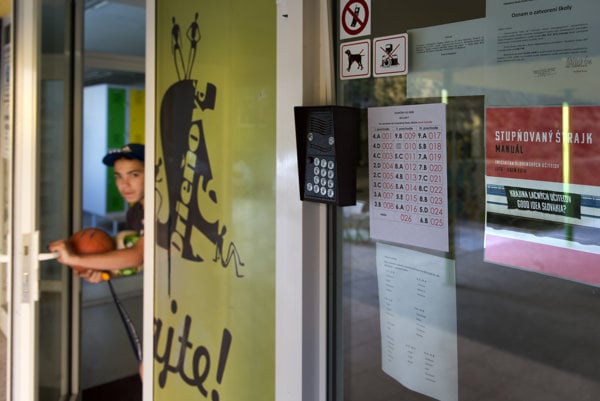 Altogether 1,773 teachers from 106 schools joined a gradual strike on September 13. Schools from all regions of Slovakia have joined the strike, with the Bratislava, Košice and Banská Bystrica regions having the highest level of representation, representatives of the organiser, the Initiative of Slovak Teachers (ISU) claimed.

The number of striking teachers, however, was very low as there are around 6,590 schools of all kinds and over 71,500 teachers in Slovakia, the TASR newswire reported.

One lesson was dropped at the schools that joined the strike on its first day. The dissatisfied teachers want salaries of teachers and non-teaching staff at primary and secondary schools to be increased across the board by €140 per month this year and by another €90 per month as of 2017.

Apart from that, the budgets of the ministries of education and interior should be increased by €400 million in order to make it possible to eliminate gaps in terms of the equipment available to individual schools. 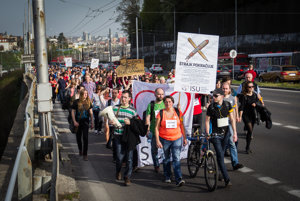 Read also:Slovak teachers to walk out once again Read more

“Exactly four years ago, on September 13 [2012], we joined a one-day strike and fought for identical demands that have still not been met,” said Vladimír Crmoman of ISU, as quoted by TASR. “The government has been ignoring them.”

ISU representatives consider the strike successful already, and they expect other teachers to join it gradually. The dissatisfied teachers are ready to hold talks with the government concerning their demands, they said.

“We call on the government to meet our demands,” Crmoman added, as quoted by TASR. “We’re ready to discuss the legitimacy of our requirements at any time.”

Education Minister Peter Plavčan (a Slovak National Party nominee) has already reacted to the strike, noting that teachers will receive increased salaries as of September.

“The first two laws approved by [the current] parliament concerned the education sector,” Plavčan said, as quoted by TASR. “One of them was about an increase in teachers’ salaries in particular, and we definitely want to continue with this, as it is part of the government manifesto.”

Plavčan has yet to hold talks with Finance Minister Peter Kažimír (Smer) on increasing teachers’ salaries in 2017.

The strike is supported by neither the Trade Unions of Employees of the Education Sector and Science (OZ PŠaV), nor the Confederation of Trade Union (KOZ).