KDH would return to the parliament

The position of some parties has stabilised in the past few months, a poll shows. 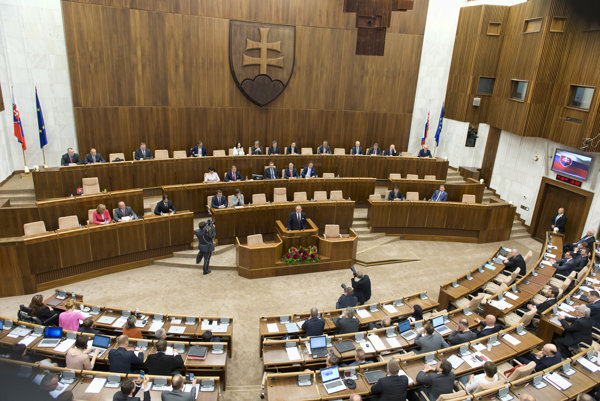 The Christian Democratic Movement (KDH), which failed to reach the parliament for the first time after 26 years since it was established, would win the seats if the voting took place in the first half of September. The party would receive 6 percent of the vote, according to a poll carried out by the Focus agency on 1,009 respondents.

It would be the first time since the March elections KDH would pass the 5-percent threshold.

“It proves that it is still a party which may have a say in the future, even with a new leader at the helm whom the voters accepted,” said sociologist Martin Slosiarik, head of Focus, as quoted by the Sme daily.

The result may however still be affected by statistical error, so it will be necessary to wait for future polls, he added. 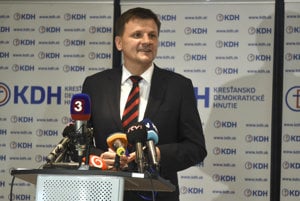 As for the other results, the elections would be won by Smer supported by 27.7 percent of the vote, followed by Freedom and Solidarity (SaS) with 13.5 percent.

The position of the two parties have stabilised as their support remained unchanged compared with the previous poll.

“It seems that the Bašternák case, which dominated during the summer, did not have any destructive impacts on the electorate and the party does not lose voters,” Slosiarik told Sme.

The summer protests have not benefited the opposition parties either.

Also the Slovak National Party (SNS) would make it to the parliament with 13.5 percent of the vote. It would be followed by far-right Kotleba – People’s Party Our Slovakia (ĽSNS) with 8.3 percent of the vote, while Ordinary People and Independent Personalities (OĽaNO-NOVA) would receive 8.2 percent, Most-Híd 7.7 percent, and We Are Family of Boris Kollár 6.8 percent.