Stories from the Tatra Hotel Lomnica

Memories of the hotel are being collected, from paraphernalia to stories, and they need your help. 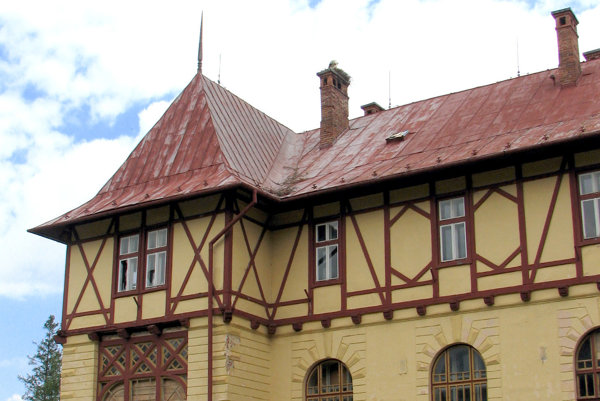 The dilapidated Tatra Hotel Lomnica, more than 120 years old, is currently under reconstruction and is planning to be in operation by this winter.

At the same time, hotel management is also collecting stories and items from the hotel’s past. A short movie will be created to showcase the glory days of the mountain hotel, a national cultural monument.

“People call us step by step, usually they are older ones,” said Lenka Maťašovská, marketing and PR manager of the hotel. They are calling to tell stories about the hotel. She added that they are not only people from the Tatras but from all around Slovakia who worked in the hotel in the past or used to go there with friends for a beer.

The restoration is not only about fixing the external facade of the oldest Tatra hotel but also about the return of the atmosphere that belonged to this place, according to Maťašovská. At its peak the hotel fulfilled the function of a promenade, it was a social center and was visited by people from the surrounding villages and settlements as well as locals.

“They went to the terrace to relax and have fun,” she stated for SITA, “their favourite activity here was tea at five, but people used to come mostly for the music and dancing.

As no chronicles, documents or inventory were preserved from the hotel, recovering its past is very difficult.

“We are persuaded that the hotel was an important part of life for many people,” Zuzana Kovaľová, director of the hotel, informed SITA, adding that it is important to get to know the whole history of the hotel together with stories of its visitors or employees.

Old photos and memories should contribute to the completion of the hotel history mosaic, according to Kovaľová. If you have stories to share or items related to the hotel, please send an email to pamatnici@hotellomnica.sk or come to the hotel.

The hotel should start to film hotel stories at the end of September, but photos and other materials will be collected longer.