The Agriculture Ministry gets positive feedback from breeders. 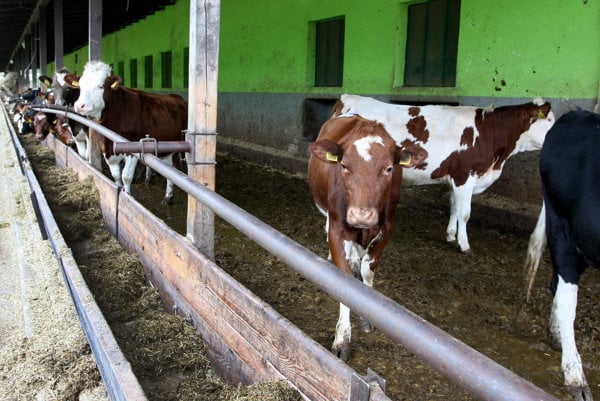 Stabilising the sector, supporting employment in regions and acquiring detailed data on dairy farming in Slovakia in order for the state to establish a long-term strategy in this area are the main aims of the project for supporting primary milk producers.

Until now, as many as 1,760 of the total 2,692 dairy farmers have joined this medium-term measure, which involves payments to farmers and information gathering.

“If Slovakia’s dairy farming and milk production is to be competitive, it must be based on production, reproduction and economic criteria,” said Agriculture Minister Gabriela Matečná (nominee of the Slovak National Party), as quoted by the TASR newswire. “We have been collecting information that was not available to us until now and that will help us to show the strong and weak points.”

Not all farmers were willing to provide data to the state, said the ministry’s spokesperson Vladimír Machalík, citing 65-percent participation of breeders in the project. However, the ministry gained detailed data on almost 94 percent of a total of 117,500 dairy cows in the country. The state has thus allocated 95 percent (€30.9 million) from the total of €33 million available for the project.

The ministry and state-run Plemenárske Služby (Breeding Services) company, in charge of central registration of farm animals, managed the communication with breeders, the spokesperson added.

“We had a positive response on administration of this measure from breeders,” said Štefan Ryba of the Agriculture Ministry, as quoted by TASR. “The ministry prepared the medium-term measure to boost dairy farming and primary milk production in early July. Plemenárske Služby was already sending contracts to breeders in early August and over 92 percent of funds were paid to the connected breeders over August.”

Breeders who wanted to join the project had to provide key information about their farms, such as the number of farm animals and their categories, zootechnical activities, milk production, reproduction indicators, economic indicators and data on farmland and employees. By signing a contract, farmers obliged themselves to maintain the number of dairy cattle and employees for at least 12 months.

Prime Minister Robert Fico (Smer-SD) made an announcement on state aid for the dairy sector at a press conference held on July 4 with Matečná and Ryba in attendance. The financial support for primary milk products will reach €33 million this year, Fico said.

“An amount of €30 million will be provided by the Finance Ministry and €3 million from the Agriculture Ministry,” the prime minister added at the time, as quoted by TASR.