The General Prosecutor’s Office admits there were errors in the previous investigation. 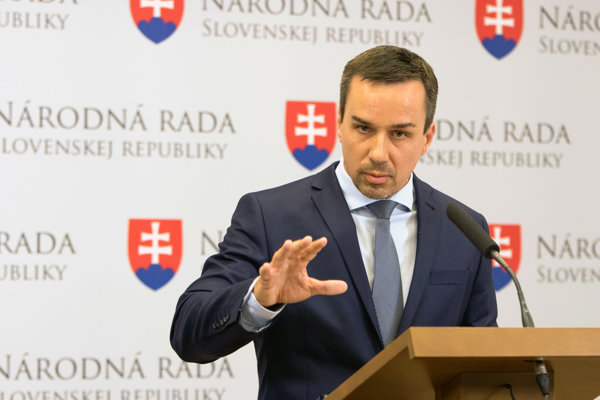 The mother of under-age girl Natália who was allegedly abused in the resocialisation centre Čistý Deň in Galanta (Trnava Region) has submitted will submit a criminal complaint against Smer MP Erik Tomáš.

The reason for the complaint is that Tomáš, who also serves as media advisor to PM Robert Fico, published a letter written by Natália without permission, the Aktuálne.sk website reported.

Natália allegedly sent the letter to private broadcaster TV JOJ, asking them not to publish her private details and information about her health condition. It also reads that she feels better in the resocialisation centre than at home with her mother, and that nobody had abused or raped her.

Natália’s mother, however, says her daughter was forced to write the letter. She is now suing Tomáš, explaining he had no right to publish it.

Tomáš responded saying that he had the permission and can prove it.

“I think the public has the right to know about the existence of the letter in which Miss Natália says the story presented by her mother in media is not true and that she feels well in the resocialisation facility,” Tomáš told Aktuálne.sk, adding that all evidence, including the letter, needs to be checked by the criminal authorities.

Read also:Children to be moved from controversial centre Read more

The General Prosecutor’s Office meanwhile claimed that the previous investigation into the alleged sexual exploitation of Čistý Deň’s patients was not faultless. It has received reports from regional prosecution offices in Trnava and Trenčín who have analysed documents regarding two criminal matters and stated that only one investigation was in line with the law. Nevertheless, both point to the need for the investigations to be renewed due to new circumstances, the TASR newswire reported.

The regional prosecutor’s office in Trnava has checked the criminal prosecution concerning the crime of sexual exploitation based on complaints of Natália’s mother from August 26, 2015. However, Galanta district investigators dropped the prosecution on November 26, 2015. Nothing has indicated that a crime could have been committed there – a crime of sexual exploitation, explained General Prosecutor’s Office spokesperson Andrea Predajňová.

Subsequently, law enforcement authorities received new information based on another complaint filed by Natália’s mother at the General Prosecutor’s Office on August 22, 2016 and with the police in Galanta on September 5, 2016. A Trnava regional prosecutor’s office investigator has thus launched a criminal prosecution over the crime of sexual exploitation and abuse, TASR wrote.

The crimes were allegedly committed back in 2014 or earlier and their victims were supposedly several under-age children from the centre. The Trnava regional prosecutor’s office and the General Prosecutor’s Office have taken charge of the new investigation.

However, the Trenčín regional prosecutor’s office has come across several flaws in the investigation. The investigator failed to carry out an interrogation of all essential and accessible witnesses and did not procure all relevant documents, noted Predajňová. In addition, the Považská Bystrica district attorney committed some errors as well. Based on its findings, the Trenčín regional prosecutor’s office has thus relaunched the investigation as well, TASR wrote.