Capital may get national park 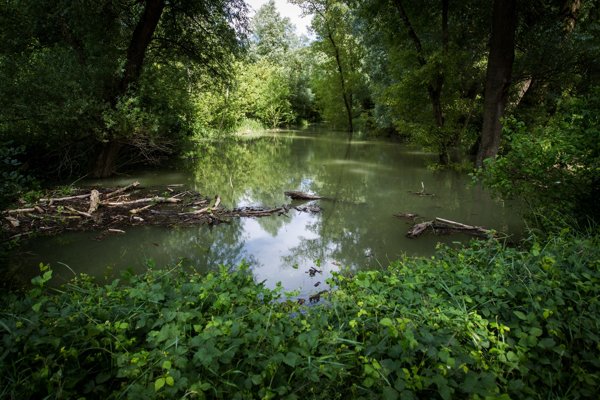 Following in the footsteps of nearby Vienna, Bratislava may become the second capital city in Europe with a national park within city limits. The proposal for National Park Podunajsko, intended to protect the Danube floodplain forests, would cover about 25,000 hectares to the border with Austria and connect to the existing Donau-Auen National Park.

“We consider as important that original floodplain forests will be preserved also for future generations,” Miroslav Dragun, director of the Institute for Development of Bratislava Region and one of initiators of the park told The Slovak Spectator.

The idea has already won support of the Bratislava Self-Governing Region, chief architect of Bratislava Ingrid Konrad, the Slovak Academy of Sciences, nature conservationists and others.

In Slovakia, the national government must declare a site as a national park after a recommendation from the Environment Ministry.

The ministry is prepared to discuss the project, but hints that from the viewpoint of protection of nature, it’s not whether a national park is officially declared but whether a sufficient protection of precious biotopes is secured that is most important.

The idea for National Park Podunajsko dates back to 1986. Its original initiators were people from the circle of Bratislava dissidents led by Mikuláš Huba.

Now the main initiators are, apart from Dragun, Barbora Oráčová from the Old Town Beautification Association, Jaromír Šíbl from the Club of Nature Guardians and Andrej Kovarik and Michal Deraj from the State Nature Protection.

They propose to declare the National Park Podunajsko over floodplain forests along the Danube River on already existing small-scale protected areas and sites of European importance. The process should also increase the degree of existing protection.

The park should cover about 25,000 hectares, out of which about 8,000 hectares would be in the Bratislava Self-Governing Region. The rest would be in Nitra and Trnava self-governing regions.

In Bratislava itself the national park should include islands Sihoť and Poľovnícky Ostrov, Pečniansky Les and Soví Les forests in Petržalka, Biskupské Luhy and Island Kopáč close to Podunajské Biskupice, Bratislava Floodplains, part of the Devínska Kobyla hill together with the lower part of the Morava River. This means that the national park should include the area along the Danube except for the very centre of the city.

On its western side it would adjoin the Austrian National Park Donau-Auen. That park was created, just recently in 1996, on a site where construction of the biggest hydropower plant in Austria had been planned. But after extensive protests of environmentalists and nature conservationists the Austrian government changed its plans and instead of building a dam it declared the site a national park.

If declared, National Park Podunajsko would be the 10th national park in Slovakia, but the first in lowlands. The ministry is prepared to discuss the project.

“In case a proposal to declare the National Park Podunajsko is submitted to the ministry, we are ready to discuss it in a constructive way,” ministry spokeswoman Petra Stano Maťašovská told The Slovak Spectator.

“For nature itself it is not important whether a certain area near the Danube is called national park, natural reserve or protected area,” said Stano Maťašovská. “From the viewpoint of nature protection the important thing is what degree of protection is at the given territory and whether sufficient protection of precious biotopes, fauna and flora protected by law, is secured.”

The ministry believes that sufficient protection is already secured, for example, by the protected landscape area Dunajské Luhy or the National Nature Reserve Devínska Kobyla.

The initiators seek to combat unregulated logging, especially by the state forestry company Štátne Lesy, which is planting and logging hybrid poplars even in protected areas. This enables the spread of plants and animals not native to these forests. As a result native plants and animals may be pushed out of this area and the forest may become more vulnerable, according to experts.

In this respect, Kovarik used as an example the High Tatras where pines were planted where they did not originally grow. In 2007 a windstorm destroyed large parts of these man-made forests and afterwards the bark beetle caused further damage.

“The same may happen also in this type of forest,” said Kovarik, adding that simplification in nature leads to vulnerability.

Declaration of the national park should prevent planting of non-native trees as protection should increase from the current second to the third degree, which would ban such practices by Štátne Lesy.

Kovarik further points out that plantations with poplar cultivars are also not attractive for tourists and that they would much more prefer old floodplain forest for walking.

Declaration of the National Park Podunajsko will not mean any limitations for visitors and citizens of Bratislava.

“Apart from protection of nature we would like to make this territory more attractive for people,” said Pavol Frešo, the head of the Bratislava Self-Governing Region.

In this respect the Austrian National Park Donau-Auen can also serve for inspiration as it is interlaced with walking and cycling paths and there are also several visitor centres.

Dragun expects that the national park could be declared within two years.

“The first step has turned out well,” said Dragun. “The Bratislava Self-Governing Region said that it wants the national park on its territory. Now negotiations with the Environment Ministry and other related bodies are ahead of us.”