Weiss allegedly drove a car under the influence of alcohol 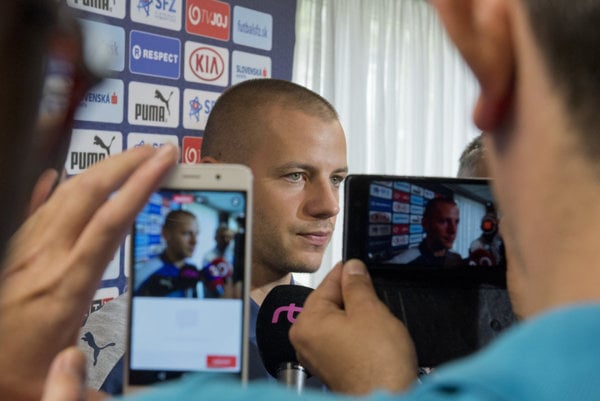 The police have accused Slovak football player Vladimír Weiss, 26, of committing the offence of threat under the influence of an addictive substance but he was released from preliminary arrest. The police refused to provide more detail, according to Lucia Mihalíková, spokesperson for the Regional Directorate of the Police Corps in Bratislava.

Allegedly the police stopped Weiss early on Sunday morning, October 2, at the Rázusovo embankment in Bratislava, while driving a luxurious car in which there were as many as 10 young people, the private station TV Joj reported. The winger refused a blood test while in Slovakia which means that the person is treated as if he or she had 1 pro mile of alcohol in their blood. In Slovakia there is zero  tolerance for blood alcohol when driving. The patrol took him to the police station.

Weiss claims that he did not drive the car. He and his advocate Juraj Kuráň will file a complaint as the accusation is based on the testimony of only one witness and this is a policeman. The testimonies of three other persons indicate that Weiss did not drive the car but allegedly the investigator ignored this. Kuráň added that the police harassed Weiss and put pressure on him during the breath and blood tests. Weiss was released on the afternoon of Monday, October 3.

“I protest and object to the information that was broadcast, especially during the main news programme of TV Joj and which other Slovak media took over,” said Kuráň as cited by the TASR newswire. “The information, citing the full name of my client as well as video, is absolutely untrue and misleading and it violated the rights of my client to protection of personality, his honour and name.”

He was a nominee for the national team of coach Ján Kozák for the upcoming matches against Slovenia and Scotland which will lead to advancement to the world championship 2018. Kozák has already decided that Weiss will not play in the October matches due to problems with the police, the SITA newswire reported.