Although now events are more dispersed throughout the year, the traditional festival of chamber music, Konvergencie, is still at the end of September. 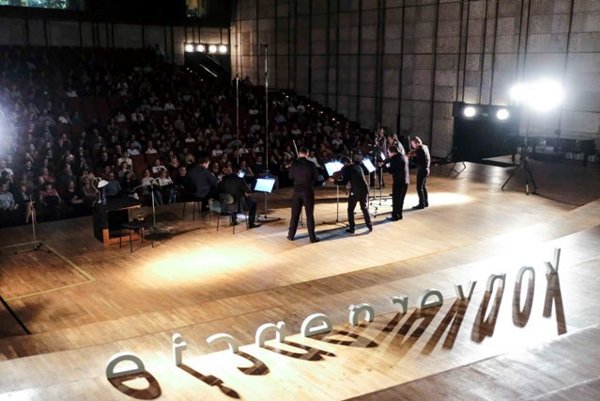 This year, it opened on September 18, and the next evening brought the very essence of the core genre, classical chamber music. The Gringolts Quartet performed the String Quartet in D Major by Joseph Haydn, and the String Quartet No. 4 by Arnold Schoenberg. In the last piece – String Sextet No. 2 in G Major by Johannes Brahms, they were joined by two Slovak players, violist Igor Karško and cellist and festival organiser Jozef Lupták.

Lupták noted that as for the composers, the evening could be called “a Vienna-German medley”, and as for musicians, he stressed that Gringolts Quartet all play on rare Italian instruments: Ilya Gringolts plays a Stradivarius violin, Cremona 1718; Anahit Kurtikyan plays a Camillo Camilli violin, Mantua 1733; Silvia Simionescu plays a Jacobus Januarius viola, Cremona 1660; while Claudius Herrmann plays a Maggini cello, Brescia 1600.

A renowned musical body, founded in 2008 by Russian violinist Ilya Gringolts, the Gringolts Quartet can be called a truly multi-national ensemble, as Kurtikyan is of Armenian origin, Simionescu is Romanian and Herrmann is German. It is the music that connects them, and Lupták noted that when he met them in Finland, they immediately found a common perception and understanding, and he then managed to bring them to the stylish atmosphere of the Moyzes Hall in which the concert played and which evoked the spirit of older times.

Part of the festival’s concerts brought the audience back to the Design Factory, the traditional venue where the festival has its headquarters. On Saturday afternoon the former factory halls resembled a kindergarten as children and their parents enjoyed the melodies of traditional lullabies from Slovakia, Moldova, and elsewhere.

Last but not least

The festival culminated with the Shostakovich 110/Testimony evening, dedicated to the controversial Russian composer Dmitri Shostakovich.

First musicians performed two pieces for string octet, Op. 11. Afterwards Slovak actor Robert Roth read from the Slovak translation of the “Noise of Time” by Julian Barnes that has been just published by Artforum publishing house. The evening closed with the iconic String Quartet No. 8 in C Minor, op. 110. This piece from 1960 is considered to be his most personal out a series 15 string quartets he composed.

Daniel Rowland, a violinist from the Netherlands, used the pause caused by a disrupted string of his colleague, to saying something about the piece. He explained that Shostakovich wrote it in East Germany as he was writing music for a film.

“He saw the ruins of Dresden... and this inspired to write this quartet which he dedicated to all victims of Fascism and the war,” said Rowland, adding that Shostakovich lived through bombing of his hometown Leningrad. “And indeed he was thinking about prosecution of his own people by the [communist] regime as I understood from the wonderful book by Julian Barnes.” 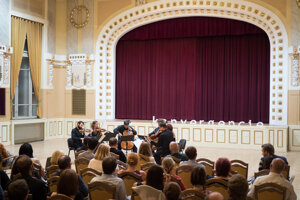 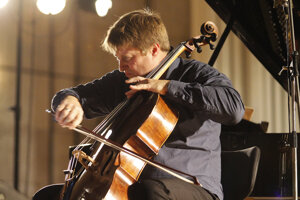 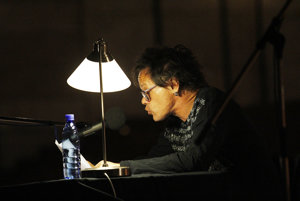 Shostakovich (1906-1975) was born in tsarist St. Petersburg. He was a witness of the October revolution and lived through part of the Nazi German blockade of his hometown. Under Stalin, when the regime demanded that artists be committed participants in the life of society as “engineers of human souls”, it was impossible in practice to avoid contact with politics, reads the festival brochure. Shostakovich was alternately praised and condemned by the state. He was a composer whose music successfully represented the Soviet regime at home and abroad, but simultaneously he had to face repeated accusations by the highest leaders of the communist party and cultural apparatchiks. They claimed that he was ideologically weak, a decadent formalist and an enemy of the people. He was under incessant pressure, which drove him even to consider suicide, until the death of Stalin in 1953.

Rowland considers this quartet his epitaph. “It is a highly personal piece,” he said.

The end is not an end

The very last concert in September did not mean that there would be no follow-up for a whole year. Lupták said there would be an “echo” of the festival on November 11, in which Fine Arts Quartet with Robert Cohen and Jozef Lupták will play Franz Schubert and Philip Glass/Witold Lutoslawski.

And just like Konvergencie 2016 was dedicated to Dmitry Shostakovich, next year’s edition will be focused on Béla Bartók. After the success of February series of concerts bringing Shostakovich’s quartets, three concerts of Bartók’s piano quintet and string quartets will take place between February 16 and 18, 2017 – with Jerusalem Quartet joining forces with Slovak musicians, Karško, Lupták, Milan Paľa, Peter Biely, Nora Skuta and others.