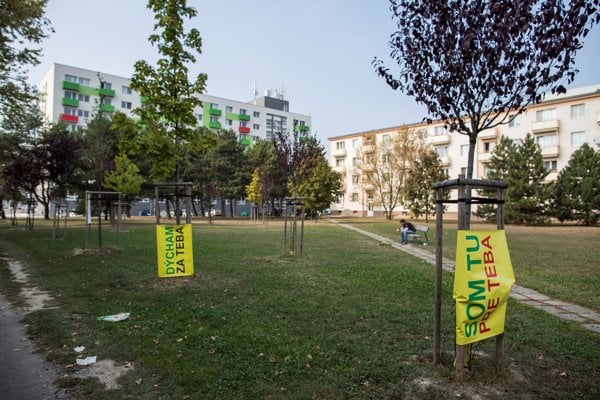 Because of protests the city council dropped plans to build rental flats on Astronomická and Čmelíkova streets in Ružinov. (Source: Sme)
Font size:A-|A+4

By the end of this year, Bratislava City Council is obliged to rehouse, in new accommodation, more than 500 tenants who currently live in flats that have been returned to their rightful owners as part of the post-communist property restoration process known as restitution. However, it has not yet begun construction of even a single flat, and will miss the deadline completely. Until it gets around to building them, this may cost the city’s taxpayers as much as €4 million per year, according to the council's own calculations.

This is because the owners of the flats, whose tenants pay rents regulated by the state, will from 1 January be able to claim from the council the difference between the regulated and the commercial market rents. Sitting tenants with no alternative housing are protected from eviction.

The city council, the tenants and the owners all regard themselves as victims of a law from 2011 which requires local municipalities to secure substitute housing for the tenants by the end of 2016.

“The city council is the victim of this bad law as well as the tenants and the owners,” Tadeus Patlevič, chairman of the Right to a Dwelling civic association that represents tenants, told The Slovak Spectator. “It got an unrealistic task from the state. But the city council could have started pointing out earlier that the law is bad and needs changing.

The issue goes back to the communist regime, during which housing was mostly managed by the state. After the communist takeover in 1948 and the subsequent nationalisation of property, the state rented out empty residential units in confiscated properties. When the regime fell in 1989, these properties were restored to their former owners, leaving both tenants and owners in a sort of trap.

The tenants, through no fault of their own, and unlike other occupants of state housing post-1989, were not able to acquire, for a symbolic price, the property in which they lived. They were also left in a state of uncertainty about their future rent, as most of the houses returned to former owners are in more desirable locations. On the other hand, the owners complained that the presence of tenants meant that their properties had not been fully returned, and say they cannot now afford to invest in their buildings because the rent that the tenants pay is regulated and thus too low. 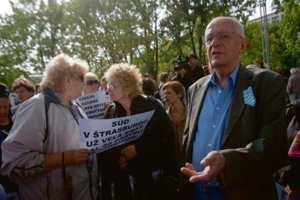 The government, in an effort to resolve the situation, passed a law which came into effect in September 2011 stipulating that municipalities must secure replacement housing for tenants who apply for it by the end of 2016. For this purpose, the Transport Ministry allocates to affected municipalities a subsidy of €1,000 per square metre to obtain substitute rental housing.

The ministry has registered 659 tenants for whom municipalities are required to secure substitute housing. Of these, 529 are in Bratislava. By October 5, the ministry had provided subsidies for 83 replacement flats, to be provided via either acquisition or reconstruction of flats or non-housing spaces owned by affected municipalities. The recipient towns include Žilina (23 flats), Košice (18), Trenčín (17), Piešťany (14), Banská Bystrica (6) and Vrbové (5). The ministry has so far paid subsidies of €3.8 million, and plans to allocate about €70 million in total.

The case of Bratislava