The new law puts pressure on costs and conditions across the auditing market. 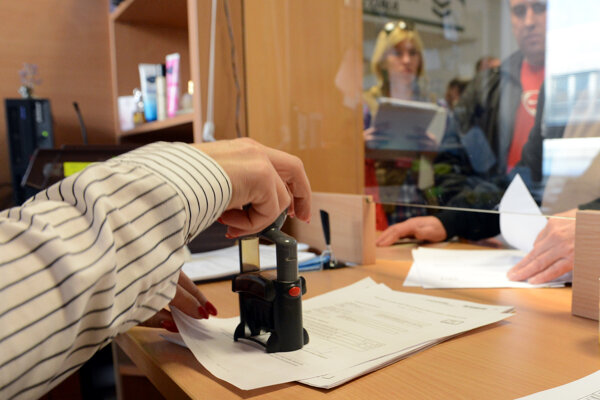 A law on statutory audit passed in November 2015 should improve the system and increase transparency. On the other hand, it puts pressure on costs and conditions across the auditing market. The result should be disclosure of credible financial information of companies.

“It will contribute to better protection of shareholders, investors, creditors and other stakeholders,” Alexandra Gogová, spokesperson of the Finance Ministry, told The Slovak Spectator, adding that the law facilitates access to the Slovak audit market for auditors from other member countries and that reciprocally it applies to Slovak auditors.

Rotation will limit the contraction of the same audit companies in big companies to several years. Rotation can, however, hinder a deeper understanding of the business subject as the audit process usually takes several years,” Gogová pointed out.

Employees of audit companies can report anecdotal or real violations of a law or regulation via a particular system within the company or report directly to the auditing office.

The law has met with different responses from auditing firms in Slovakia, some of whom reproach it as chaotic. Others support the initiative. The Slovak Spectator spoke with Dalimil Draganovský, partner and head of assurance of EY and Zuzana Lajčiaková, head of human resources at EY, Alica Pavúková, audit leader at PwC Slovensko, and Stanislav Kubala, senior manager of the Audit Department at Deloitte Slovakia, about the changes to the auditing market after the implementation of the new law.

The Slovak Spectator (TSS): Will, in your opinion, the new rules introduced by the law on statutory audit passed in November 2015 bring the desired effect, i.e. enhance transparency on financial reporting, provide auditors with a strong mandate to be independent and foster market diversity? In which fields might the required effects not be achieved?
Dalimil Draganovský (DD): Due to the new requirements on the independence of auditors, the new law will result in a short and medium term decrease of the market offer. The process of adaptation of a company that offers quality services takes a long time. It needs time to establish quality methodology and a system of quality control, to train and maintain quality personnel, provide audit services to different countries – mimicking the working of multi-national companies, etc.

Alica Pavúková (AP): Slovakia was one of the first EU countries that adopted these norms into its local legislation. The law should increase the confidence of investors in financial information, which was one of the key requirements of the law.

As of June it brought greater independence of auditors from audited entities, limited certain non-audit services, increased opportunities even for smaller audit companies to apply for tenders in big companies, and also increased the transparency of auditory regulations and imposed stricter regulations.

Stanislav Kubala (SK): So far we cannot predict the quality and intensity of the changes resulting from the new law (on statutory audit). The changes reflect the processual aspect of choosing an audit company, and the scope of non-audit services that can be provided to a client but they do not change the competences of auditors.

Apart from that, most of the changes are binding only for the big companies (public interest entities), where different rules applied even before the law was passed. Legislation and internal rules of the big audit companies included strong restrictions that amended the independence and limited provision of anything other than audit services for these companies.