Before a match, they drink; afterwards, they sing – even if they lose

Village football is not marked by sophisticated dodges and dribbling but their playing is full of joy. Football in the lowest league has its rules, too. 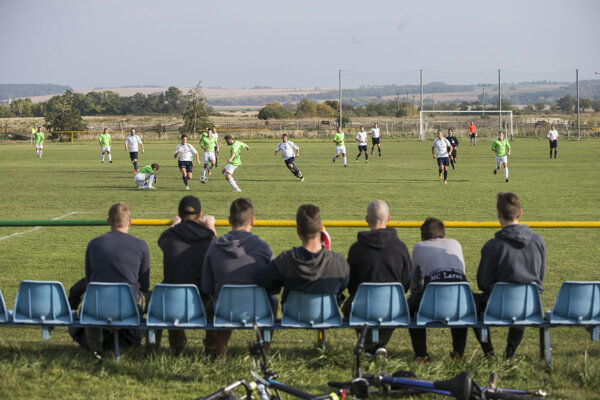 Villages do not offer too many chances for entertainment. On Sundays, they go to church, to a football game and then to the local pub. Doľany is no exception. Even a football team in the bottom league has its win specifics and rules.

In Doľany, there is a typical village pitch made in a field. When you stand on the goal-line, you see just the crossbar of the opposite net. „The difference in elevation between the two goal-lines is more than two metres. But if you stand in the middle of the pitch, you are not aware of it but in a match, one team always plays up the hill,” local official, František Bednárovský, told the Sme daily. „It is a paradox but we fare better playing up the hill,” local players agree.

Training in the dark

We first arrived at Doľany during a work-day. The players were just gathering for evening training. The locker room is spacious, taking up to twenty players- which is not often the case in the lower leagues. 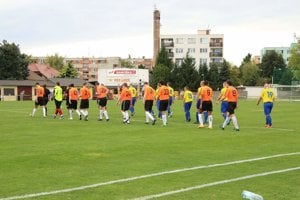 Read also: Blog: How to train your Dragon(s) Read more

„In recent years, there were often only six of us coming to training,” the “playing coach” Matej Klokner said. “This season, there are usually twenty of us. The hardest thing then is to tell your friend he cannot play a match, as there are not enough jerseys to play in.” Ultimately, sixteen men came to Tuesday training. Their attire was varied: some preferred track suits, others boxer shorts combined with a warm cap. One of the players even put on leg protectors.