Although the number of foreigners working in Slovakia has increased, there are still obstacles to overcome, from bureaucracy to cultural differences. 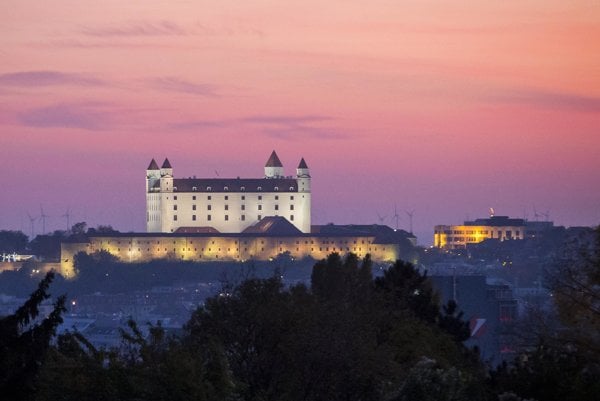 One would hardly expect Slovakia to be an expat’s first choice as a country to live and work in. But the number of foreigners, albeit still rather modest, has increased in recent years.

“The labour market in Slovakia is open to foreigners compared to other European countries,” Paolo Volpi, an Italian working in an international service centre, told The Slovak Spectator. By Slovakia he mostly means Bratislava “because that’s where the bulk of job opportunities for foreigners are,” he explained.

After Slovakia joined the EU in 2004 and the Schengen zone later in 2008, the number of foreigners living and working in the country increased, according to the International Organisation for Migration (IOM) branch in Slovakia.

In 2015 there were almost 90,000 foreigners with residence permits in Slovakia, IOM data shows. That makes the community of foreigners 1.56 percent of the total population of Slovakia. While many of them find jobs in international service centres where an international environment softens cultural differences, they admit there are some aspects of life in Slovakia that they have needed to get used to.

Federico Mauri from Italy, who arrived to Slovakia only in late March 2016, admitted he does not feel very welcome in Bratislava.

“Slovaks are still very closed to foreigners,” he told The Slovak Spectator.

Mauri came to Bratislava because he found a job in Slovakia in an IT company. While he feels that Slovak society is cold towards him,he feels very welcome in the international company he works for.

Oleh Larchyk is a Ukrainian who has lived and worked in Slovakia for four years now. He first arrived to Slovakia to relocate here with his family and cooperate on a startup. Now he works in a big international company and says he has worked in an international environment for 95 percent of his professional life.

“I am an open-minded person and I like open-minded societies,” he told The Slovak Spectator, adding that he feels very comfortable among his colleagues, as they share the same values.

Coming from Ukraine, Larchyk experienced the excessive amount of red tape that so-called third country nationals (citizens of countries that are not EU member states), have to go through upon their arrival to Slovakia.

“Slovakia gives many possibilities to EU citizens, but for foreigners from other countries it is very complicated to jump over all bureaucracy procedures,” Larchyk said and claimed that it took him more than six months to get the paperwork completed.

“It’s a bit exhausting,” he stated. “But my current company supported me well in each step, so I could replicate these procedures privately for my wife and children.”

Steven Gouws from South Africa also mentions the red tape when applying for a work visa among the main obstacles he faced when relocating to Slovakia. He has lived here for six years and currently works as an English language teacher teaching mainly business people.

He followed his wife to Slovakia and in the six years here he has settled down: starting a family, starting a business, buying an apartment, and making friends. He says he feels “very at home in Slovakia”.

“I arrived with no expectations but was happy to discover very friendly people and a beautiful country,” Gouws told The Slovak Spectator.

“I came to Slovakia on November 17,1989 [the date of Velvet Revolution] after meeting my first Slovak wife in Germany,” John Boyd revealed. He works as a journalist and translator, as well as operating news portals and organising and hosting various events.

He did not come to find a job here and also did not know what to expect from Slovakia, because of the timing of his arrival. Yet has lived here for 27 years and, despite the long duration of his stay, he still perceives cultural differences at work.

“Many people here from this region lack a healthy work ethic and sometimes this is hard to accept for someone who does,” he stated.

Volpi, who came to Slovakia six years ago, says he deals with cultural differences on a daily basis as he interacts with people of 15 different nationalities.

Through experience and an understanding of other cultural behaviours, one can effectively deal with everyone, he says.