Communism: People in border areas could not enter adjacent meadow

The man from a village that is now part of the capital, Devínska Nová Ves, recalls the life behind barbed wire and also what came after it disappeared. 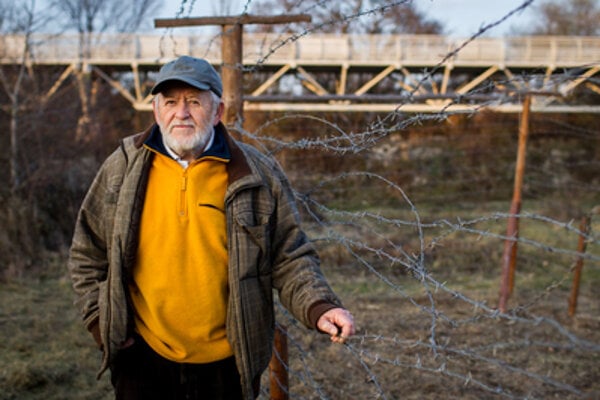 Alexej Zlocha recalls some situations that now seem absurd, for example, when he sat with neighbours and friends in a garden at the end of the village, celebrating Pentecost which here also means a feast. They talked and looked at the vast green meadows and pastures – but although many of them had lived here for many years, they had never entered them.

The garden lies at the level of the anti-tank roadblocks which restrict the access road to the pastures. Also columns standing about one meter from the garden’s fence block the view of the landscape. Wires are twined around them, and signal flares are placed there, too. If a bird hits them during flight – or any small animal touches them – flares are launched. Behind the columns, the first barbed wire is stretched, about three meters tall; a second one follows a bit behind. Then the Morava rivers flows behind into Austria.

Check with a dog

“Then, we moved to the gardens, as there were too many friends visiting us and it was crowded at our place,” Zlocha, now aged 71, relates. “Before we realised it, border guards were coming with a dog. They checked on who we are and whether we lived here, asking us to show ID cards,” he recalls.