Slovak archaeologists want to research on Terracotta Army in China

Slovak archaeologists want to do research on the Terracotta Army in Xi’an in China. 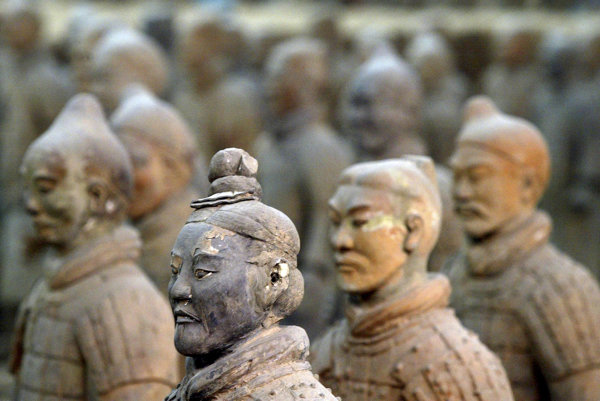 The world known monumental sight is well-known is a mausoleum of the first Chinese emperor Qin Shi Huang. Thousands of soldiers, wagons and horses were made from terracotta to protect him after death.

Scientists from the Archaeological Institute in Nitra have discussed possible cooperation on research in China.

“We are talking about an enormous site area, 63 square kilometres. The research is still ongoing there, the Terracotta Army is just one part of the large areal,” said deputy director of Archaeological Institute in Nitra Karol Pieta for SITA newswire.

According to him, modern methods used by Slovak archaeologists which allow non-destructive exploration of habitats are interesting to the Chinese. He thinks the possibility of Slovak workers exploring in the locality is real.

“We also discussed cooperation on preservative and reconstruction work. We need to paste together and preserve 6,000 soldiers of the army. It’s a chance to get to an elite club of world-known scientists working on this project,” explained Pieta for SITA newswire.

The Historic Institute of Chinese Social Sciences Academy in Beijing signed an agreement of cooperation with the Archaeological Institute in Nitra.

“Even though it seems that China is far away from us, there are many eras in history when contacts between Europe and Asia were very intensive,” said director of Archaeological Institute Matej Ruttkay for the SITA newswire.

Cooperation should focus on the era from the migration of nations, concurrent with the end of the Turkish era in Slovakia. It will include exchanging information, common projects and publications.