Lapis refundii, or the Rock of Refuge, is a well-known notion in Slovak history, connected with the ancient era of Tartar raids. 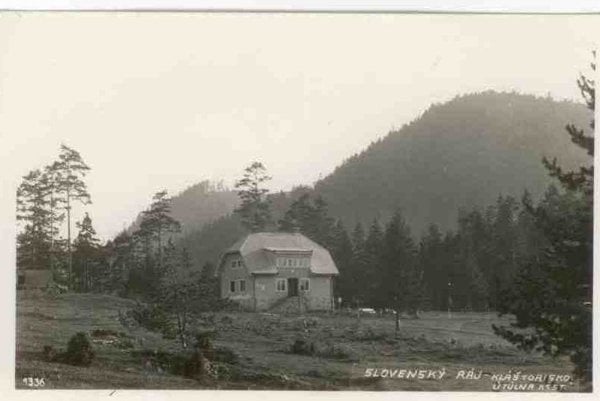 Here, in deep forests and wild gorges, inhabitants of many Spiš-region towns and villages used to hide from Asian invaders. And then, in the 14th century, the Carthusian monks built their monastery here. The choice of such a secluded and isolated place is understandable, as theirs was a so-called silent order. Silent monks enjoyed the total silence that surrounded the monastery and thus called the nearby forests and hill Paradise. The monastery stood in the wilderness for two-and-a-half centuries and, after its decline, the site remained deserted.

As late as 1929, a shelter appeared here which was meant, however, rather for tourists than for those seeking refuge. This is how the beginnings of tourism looked like in the current National Park Slovak Paradise which originally got its name from the Carthusian monks. The Carthusian monks left another local name: the large meadow with the chalet and ruins of the monastery is still called Kláštorisko (monastery is kláštor in Slovak). Apart from the tourist centre of Slovak Paradise / Slovenský Raj, there is currently also an interesting archaeological park located at Kláštorisko, which – together with the tour around the renovated remains of the monastery – offers an interesting insight into the life of a local community of monks.

This postcard dates back to the 1930s.