Liptovský Hrádok has already witnessed several similar departures and hopes that a new investor will arrive. 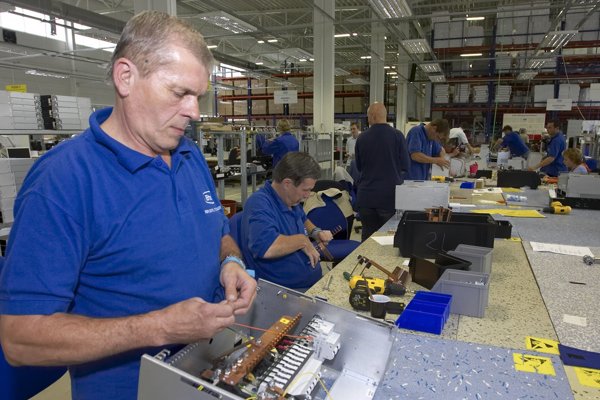 Eltek, a company producing backup energy sources for the telecommunications industry, is moving its production from Liptovský Hrádok 166 kilometres westwards to Dubnica nad Váhom. The relocation is a result of the consolidation of production capacities. Eltek employs more than 620 employees in Liptovský Hrádok and it is expected that most of them will remain there.

“The president of the company announced at the end of the previous week, that the our company would relocate as a whole,” said Štefan Kuric, the company‘s general director as cited by the TASR newswire, adding that the whole process should be complete by the end of 2017.

As Kuric explained, Eltek has been part of the international company, Delta Group, based in Taiwan, for two years. Their headquarters have made a strategic decision to consolidate production capacities in Europe. The result is that Eltek is moving into vacant spaces owned by the company in Dubnica nad Váhom.

Each employee of Eltek will get an offer to work at the facility in Dubnica nad Váhom, according to Kuric. Those, who decide to leave Eltek will get severance pay above the level stipulated by the law.

“It would be ideal if all our employees would accept the bid and relocate,” said Kuric, adding that the company is counting on the relocation of key employees in order that it can continue in Dubnica without any problems.

However, ordinary employees are not very enthusiastic. It is not uncommon for both adults of a family with small children to work for Eltek and now they do not know what will happen next.

“I assume that only a few people will move to Dubnica nad Váhom due to work,” said Pavel Frigmanský, representative of employees as cited by TASR. “We will see what conditions the company will offer us.”

Branislav Tréger, mayor of Liptovský Hrádok, perceives the situation as a globalisation process.

“This is a thing, which repeats over shorter and sometimes longer time periods,” said Tréger. “It has happened several times already, a company moving out from our town or even scrapping production. Companies like Moltes, Ceragon or Alcatel ended in such a way but a new investor has always turned up. Even though Eltek used to be one of the most important employers in Upper Liptov, I believe that other new investors will discover this region.”