But citizens and visitors of Bratislava will have to wait for a complete rebuilding of the station for some time more. 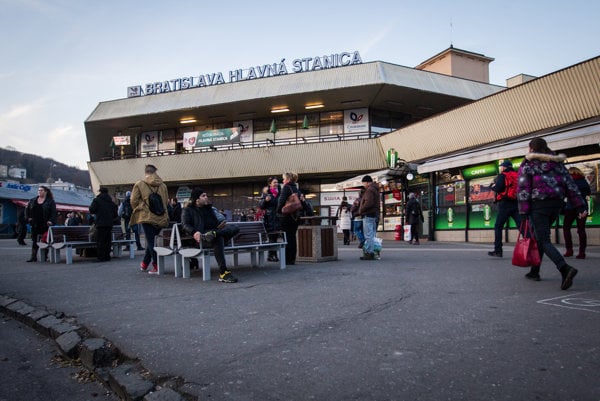 The Main Station has been waiting for refurbishment since 2001. (Source: Sme)
Font size:A-|A+

After it became obvious that the Transprojekt company would not be revamping the derelict main railway station in Bratislava and nearby premises by the end of 2016, as was originally projected, the railway company ŽSR is set to give the station a face lift next year but the station, as well as citizens and visitors of Bratislava, will have to wait for a complete rebuild of the station for some time more.

“The aim is to improve the quality and comfort of travel,” said Martina Pavliková, ŽSR spokesperson as cited by the Sme daily, adding that ŽSR as the owner of the station will reconstruct the building and re-build cargo lifts as personal ones, among other improvements.

Originally Transprojekt, after an international tender in 2001, was to revamp the station and the nearby premises for €200 million by 2016. To do so Transprojekt signed agreements with ŽSR and Bratislava city council, in 2006 and 2010, respectively. Based on these it also acquired or rented plots close to the station on which it planned to build a business centre, Sme wrote.

But Transprojekt has failed to move forward with the project so far and when it asked for an extension of the agreement by five additional years, the councillors refused to do so.

What will follow is questionable. Transprojekt has warned that if the city refuses to extend the agreement, Bratislava will face the biggest lawsuit in its history so far, when Transprojekt claims that it has already invested €16 million into the project. This will block any possibility to rebuild and revitalise the station and its vicinity for a long period of time.

The revamping of the main railway station should have been one of the biggest development projects in Bratislava, the Trend weekly wrote. The station should have evolved into a new shopping and administrative centre with a parking lot, hotel and an underground tram. Back in 2007 its budget was calculated in billions of crowns.

After 10 years the station is in an even worse shape than it was then.