Films seem to be a successful export commodity for Slovakia; in November, they were screened intensively in various countries and some even received awards at festivals. 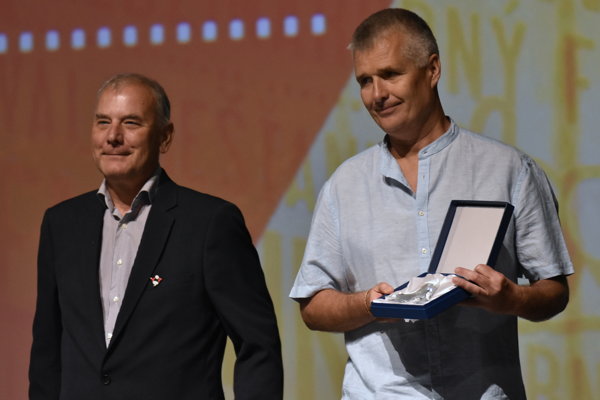 Pavol Barabáš also got a prize for Freedom under Load at the Slovak Cinematik festival in Piešťany. (Source: TASR)
Font size:A-|A+

At the beginning of November, Slovak films were screened at a film seminar in Budapest: Eva Nová by Marko Škop (the official Slovak candidate for the US Academy Awards), Vojtech by Viktor Csudai, a road-movie, Stanko by Rastislav Boroš; Johanka’s Secret and Cruel Joys - two movies by Juraj Nvota, and Agave by Ondrej Šulaj; a set of documentaries were also screened– Waiting Room by Paľo Korec, Freedom under Load by Pavol Barabáš, When Land Is Looking for Its Heaven by Erik Praus, Anton Srholec by Alena Čermáková, Steam on the River by Filip Remunda and Robert Kirchhoff, a graduation film of student of docuemnatry movies by Tereza Križková called Once upon a Time in Bratislava, and two one-hour sets of movies by students of the Film and TV Faculty of the Acadmey of Performing Arts in Bratislava. 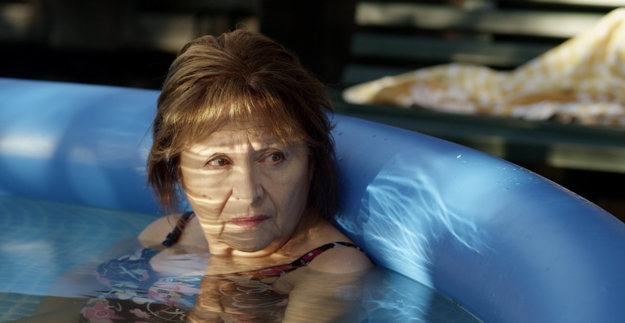 After the seminar (November 7-9) in Budapest, a screening of the same Slovak films was organised in the Grand Cafe in the city of Szeged – except for cruel Joys and the students’ works.

The new Slovak film The Sunrise Hotel premiered at the International Film Festival in Amsterdam on November 18 – historically, the first majority Slovak film to be shown there.

Freedom Under Load, the previously mentioned Slovak documentary about the local mountain bearers, or sherpas who carry the supplies to Tatra chalets, garnered success at two festivals: at Banff, Canada it was awarded Best Film on Mountain Culture; and at the International festival of Mountain Films in Torello, Spain, it received the Grand Prix – the Golden Edelweiss.

Slovakia was a guest country at MUCES – the Segovia European Film Festival November 16-22) which - among other things – held a special screening of an older movie, Jánošík by Jaroslav Siakeľ (1921). Music for the screening was composed especially for this occasion by Slovak musician and composer Robert Faltus who seeks inspiration in traditional Slovak folklore melodies.

The Slovak Presidency of the Council of the European Union is slowly coming to its end, and the last month of the Presidency is marked by two Brussels’ film gatherings with a special focus on Slovak cinema. Brussels Cinema Days in BOZAR (Brussels Centre for Fine Arts; November 30-December 4) features two films by Dušan Hanák: Pictures of the Old World, and Paper Heads.

The Royal Belgian Film Archive – Cinematek, in collaboration with BOZAR, has curated a Panorama of Slovak Cinema, a pick of twelve, mostly archive Slovak films which will be screened between December 2 and January 20: Pink Dreams (1976) by Dušan Hanák, The Boxer and Death (1962) by Peter Solan, The Sun in a Net (1962) by Štefan Uher, A Path Across the Danube (1989) by Miloslav Luther, The Prime of Life (1967) by Juraj Jakubisko, and The Garden (1995) by Martin Šulík.

In addition, Jan Hřebejk’s film, The Teacher, is successfully touring US cinemas and from December 1 onwards it will be screened for audiences in Greece. Since its world premiere at the 51st Karlovy Vary IFF, the film has so far been acquired for distribution around more than 50 territories and is slated for screenings at the Tokyo Film Festival, in Korea and Hong Kong. 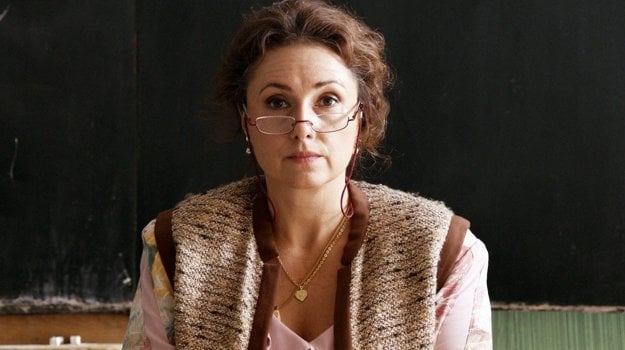