Vehicle owners without permanent residence in Bratislava will pay from € 0.20 to €3 per hour in designated zones and from €100 to €1000 for an abonent card. 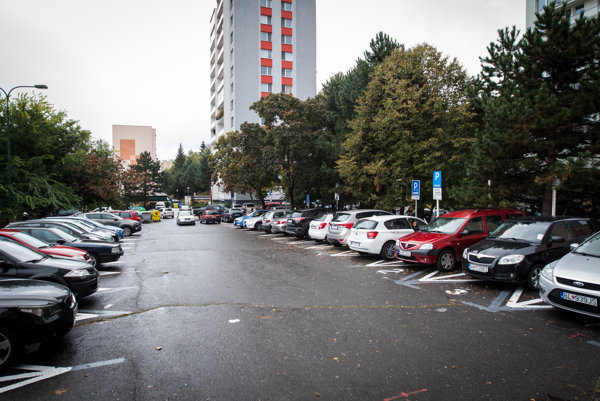 Bratislava is to finally have its own unified parking policy. The city councillors at their session on December 8, approved a generally binding regulation (VZN) which will put a united parking policy for the city into practice from March 2017, the SITA newswire reported.

The VZN states that while city districts would administrate the parking system for their territories themselves, including the selection of fees, whether via internal capacities or external firms, the city would specify the minimum and maximum prices for resident cards.

The resident card for the first vehicle of a household, which would apply to designated zones excluding the Old Town, will cost from €20 to €100, however, the city could offer it for free during the first 24 months. The price of a second vehicle card will be from €50 to €500 per year also with a possible 24-months free period. In addition, the owner of the second vehicle would get a discount of 50 percent off the price of short-term parking. Vehicle owners without permanent residence in Bratislava would pay from € 0.20 to €3 per hour in designated zones or from €100 to €1000 for an abonent card, SITA wrote.

After VZN approval, the city has to change its statute for the delegation of the city roads to city districts which would then approve specific parking terms and conditions. People, who have got used to parking fees in the Old Town, may be affected by zero fees in other districts, said the Old Town Mayor Radoslav Števčík, adding that the fee should be a regulation tool.

“If we want to have Bratislava like Vienna, we do not have to invent anything new, we just have to introduce the system that works in Vienna to Bratislava,” said Števčík, as quoted by SITA.

The mayor of the Petržalka District, Vladimír Bajan, pointed out that the city authorities have approved a dangerous game with their citizens, who will now live in the hope of better parking for free.

“When a citizen reads the approved regulation, they will find that the authorities have legalized things against which we are mostly against, including employee vehicles and more cars in the family,” said Bajan, as cited by SITA.

While Bajan wants to motivate people to replace their cars with public transport, he plans to submit the approved VZN for discussion in the local council which will decide on the introduction of the policy in Petržalka.

On the contrary, the Mayor of the Lamač District, Peter Šramko, welcomes the adoption of the new parking policy in Bratislava including the two-year transitional period without payment for parking for the first and second car in a household.

“Finally we have in our hands a chance to start to clean critical places,” said Šramko, as quoted by SITA, adding that he wants to limit parking for those people who do not pay taxes and permanently live in Bratislava.