A criminal complaint against a contract for the acknowledgement of the debt of Matičný fond, a subsidiary of Matica Slovenská, signed in 2007. 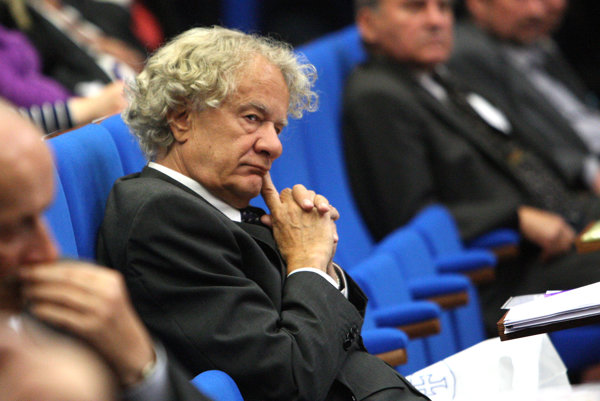 The Bratislava III District Court found Jozef Markuš, former chief of the national heritage organisation Matica slovenská, guilty of the offence of breach of duty in the management of property. While Markuš got a one-year sentence with a conditional two years, the judgement is not final and appeal is available to both sides, the Sme daily reported.

Jozef Markuš has been facing a criminal complaint, made by the new management led by Marián Tkáč, since 2011. The complaint is against a contract for the acknowledgement of the debt of the Matičný fond, a subsidiary of Matica Slovenská, in the amount of more than €202,000 signed in 2007. The debt was repaid in two payments from the profits of the printing company Neografia in which Matica Slovenská had an 80 percent share.

The judge stressed that the contract was disadvantageous for the institution and without doubt caused damage. It was not unavailing to the financial operation and the contract could be considered a gift to the third party, the judge said.

In closing, the prosecutor pointed out that Markuš undoubtedly signed the contract for the debt acknowledgement as there were two individual legal persons and the activity did not have a rational reason. While she asked for a lenient sentence, Markuš refused guilt by letter and did not participate in the trial, Sme wrote.

Defender Stanislav Jakubčík asked the court for Markuš’s release under the principle “in dubio pro reo”, or in case of doubt in favour of the accused. Both sides appealed against the judgement.

In the past, Markuš considered the allegations absurd and degrading. The case of Matičný fond was an effort to help and save which seemed to be rational, he said.

“For twenty years I tried to not let Matica Slovenská decline but on the contrary operate it as a national institution,” declared Markuš at previous hearings, as quoted by Sme.

In addition, Markuš wrote in the letter that he devoted all his strength and time to care for the institution and its property which is not compatible with its neglect.

“I would not expect that someone would once accuse me of damaging Matica Slovenská,” wrote Markuš.

At the end of the trial, Jakubčík noted that the contract on sharing the debt was not an act of wickedness, but a collective decision made in the best of faith, directed to save Matičný Fond. People perceive Markuš as a person who has done a lot for the institution and it is said that he found himself in front of the court at the end of his life, said Jakubčík, as cited by Sme.