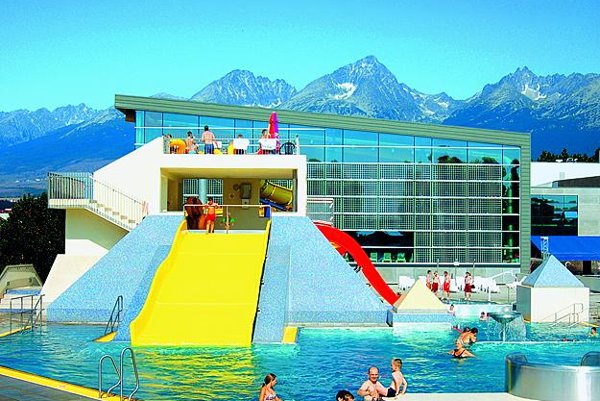 The eastern Slovak city of Poprad has appeared in the list of top 10 winter city breaks in Europe compiled by the British daily The Guardian.

The daily described it as a small city which combines “a heart of medieval mitteleuropean quaintness at the foot of magnificent, snowy mountains” and “an open-air spa where everyone has year-round fun, be it quietly relaxing in hot pools or screaming down water slides”.

The story also mentions its historic centre, Spišská Sobota, which is not huge but its baroque architecture “places it firmly in an old and very central part of Europe”.

Except for the dining and accommodation facilities, the daily also recommends visiting the local Podtatranské Museum.

“Best of all is the quick, cheap public transport to the High Tatra mountains, with cable car connections for skiing or just enjoying spectacular panoramas,” reads the website.

Moreover, it highlights Starý Smokovec, as well as the spa, Aquacity, which is “hugely popular with locals”.

Among other locations listed by The Guardian are Baden-Baden and Memmingen in Germany, Sarajevo in Bosnia, Åre-Östersund in Sweden, Poznan in Poland, Zagreb in Croatia, Tromsø in Norway, Ljubljana in Slovenia, and Sibiu in Romania.