The man from Poprad who kept sending letters contaminated with radioactive substances to police, courts and the Justice Ministry, was charged and could face life in prison. 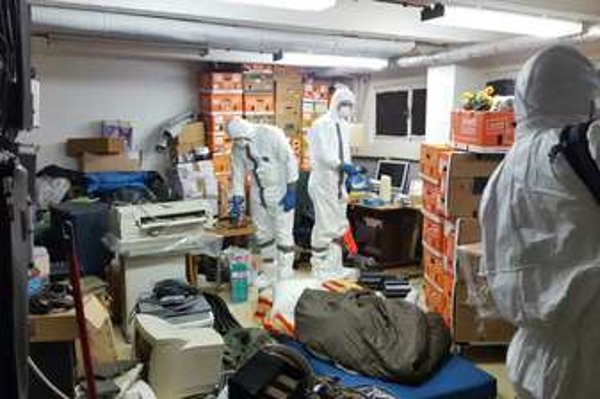 An investigator from the National Criminal Agency (NAKA) pressed charges on December 16 against a 53-year-old man from Poprad identified by the police only as Štefan K. regarding terrorism, certain forms of participation in terrorism and the illegal manufacturing and possession of nuclear and radioactive materials.

The man was sending envelopes containing radioactive materials to courts and the police, said the investigator.

“Throughout November 2016, in at least five cases the accused sent envelopes to Poprad District Court (Prešov Region), Považská Bystrica District Court (Trenčín Region), the Justice Ministry, Kežmarok District Court (Prešov Region) and Preľov Police Corps Regional Directorate along with threatening letters addressed to judges, prosecutors and police officers, some of which were contaminated with a radioactive substance – a radioisotope of Americium 241Am,” the TASR newswire learnt from Police Corps Presidium spokesperson Denisa Baloghová on December 21.

The accused illegally possessed and used radioactive materials with the intention of putting the lives and health of public officials in danger, inspiring terror among the public and severely destabilising Slovakia's constitutional order, according to the police. “For such acts, [if found guilty] the defendant might face life imprisonment,” Baloghová said. “He’s currently being held in custody concerning various criminal activities.”