Although the number of registered cars and drivers has significantly increased over the last decade, the percentage of deaths has declined. 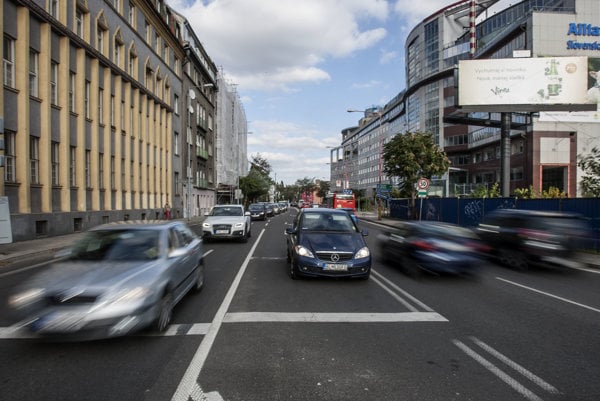 The year 2016 was the second best in terms of road safety in the past 50 years, with 242 people killed in road accidents, Interior Minister Robert Kaliňák said. Last year saw 19 more road fatalities than 2013, which was the very best year since such statistics were first compiled in 1966, he added at a press conference on January 4. The minister called the development a success, all the more so because Slovakia faced a number of security challenges last year. As a result, fewer police officers were available for road safety patrolling. The lives of over 3,000 people have been saved since the reform of the traffic safety system in 2008-09.

“We can state today that an 3,000 people more have been able to enjoy Christmas since the reform was introduced,” said Kaliňák as quoted by the TASR newswire, thanking the police, fire-fighters and ambulance crews.

Slovakia managed to reverse a negative trend from the previous two years, when the number of road fatalities began to rise following the record low in 2013. Last year, there was a decline in 12 percent against 2015.

When calculated according to the number of inhabitants, Slovakia achieved the best result in the region of central Europe – 45 road deaths per million inhabitants. Police Corps President Tibor Gašpar said that the improvements in absolute terms are no longer as big as in the previous decade and that Slovakia is coming close to its limits in terms of road safety.

Improvements were seen in all categories. A total of 13,507 road accidents occurred in 2016, which was a drop of 40 accidents from the year before. A total of 1,032 people sustained severe injuries last year, which was half the figure from ten years earlier, Kaliňák added.

Number of cars on the rise, accidents declining

The positive developments were recorded despite the fact that the number of registered vehicles rose by a million within ten years (to almost 2.95 million in 2016) and the number of drivers rose by 700,000 to 3.46 million over the same period.

The volume of fines collected by police officers for traffic offences dropped by one fifth on an annual basis to €22 million. “Slovak drivers are more disciplined and responsible and realise that their relatives are in their cars with them,” the interior minister opined.

The most frequent cause of accidents is the violation of driver’s duties – meaning not paying adequate attention to driving. "Writing short text messages is more frequent than phone calls,“ the minister said, as quoted by the SITA newswire. The second most frequent cause is speeding, and the third is an inadequate form of driving. A total of 1,481 accidents were caused by alcohol.

Of those killed in road accidents, 188 were men and 54 women. Of the total – 242 – 71 were pedestrians, 12 cyclists and 23 motorbike drivers, the remaining 136 people were car drivers or their passengers, SITA wrote on January 4.