Banská Bystrica takes over baton of City of Sport from Košice

Banská Bystrica heads into 2017 as a European City of Sport, encouraged by Košice's success. 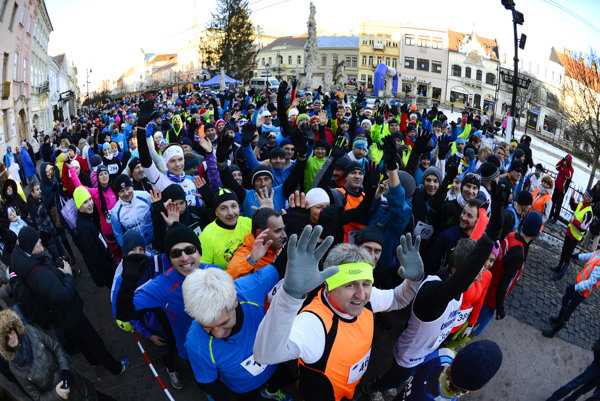 With the Epiphany Run on January 6, Košice will symbolically cease to be a European City of Sport 2016. Instead the central Slovak city of Banská Bystrica will get this honour for 2017 on the same day. The run will start at 15:00 and at 17:00, Košice Mayor Richard Raši will hand over the title to Banská Bystrica Mayor Ján Nosko, thus officially opening the European Year of Sport in that city, the TASR newswire wrote.

Raši congratulated the successor city for acquiring the title European City of Sport and wished all its inhabitants to enjoy it as much as Košičans did last year. He also wished Banská Bystrica to be as successful as his hometown and expressed belief that it has a huge chance to succeed, as it is not just a beautiful city with a nice environment, but also a city of people with strong connections to sport – and can thus present sports to the whole of Europe.

In total, 100% more sports events took place last year in Košice compared to 2015, Košice spokesperson Linda Šnajdárová told TASR. “There were more than 580 of them; with more than 450,000 people participating,” she noted. “During the European Week of Sport alone, 45 sport activities, meaning one third of all 150 events organised at 72 municipalities around Slovakia, took place here. More than 3,500 students participated in regular school competitions, as well as hundreds of senior citizens over 70 years of age in special senior competitions,” she summed up.

“Košice is the Best European City of Sport until October 2017,” Raši added, referring to the fact that from the various European cities of sport in 2016, Košice was chosen as the best one in October 2016 until the next year. “From the very beginning, we aimed for this project to be perceived not just as a one-year festival of sport in our city but rather as the start of long-term support for sports for all. Thus, we will continue this effort.”