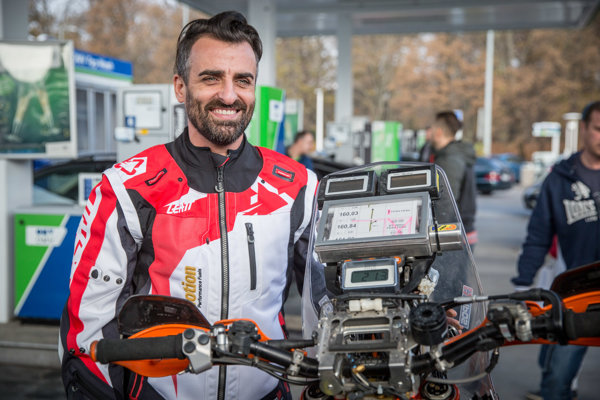 Slovak motorcyclist Ivan Jakeš was struck by lightning while competing in the notorious Dakar Rally. The bolt hit him during the third stage, which covers 364 kilometres from San Miguel de Tucumán to San Salvador de Jujuy and it was only by luck that he did not put a foot on the ground and survived the strike. He did suffer some pain in his arm but managed to finish the stage in 15th place.

“Number 20 [i.e. Jakeš] will continue in the Dakar if the results are at least a bit satisfying,” Dick Bob Kvetňanský, a member of Jakeš team, informed on his Facebook profile, as quoted by the TASR newswire.

The current leader for the dirt bike category is Spain's Barreda Bort who is currently 41:57 minutes ahead of Jakeš overall.

Formerly known as the Paris-Dakar Rally, the race was moved to South America in 2009 in response to security concerns about parts of the route through Mauritania. Slovakia has two racers in the Rally, both in the bike category; Ivan Jakeš and Štefan Svitko who competed in his first Dakar rally in 2010.