Slovak will lead a simulated international mission to Mars

Michaela Musilová will test the durability of colostrum and beta glucan, natural products developed and produced in Slovakia by small innovative firms 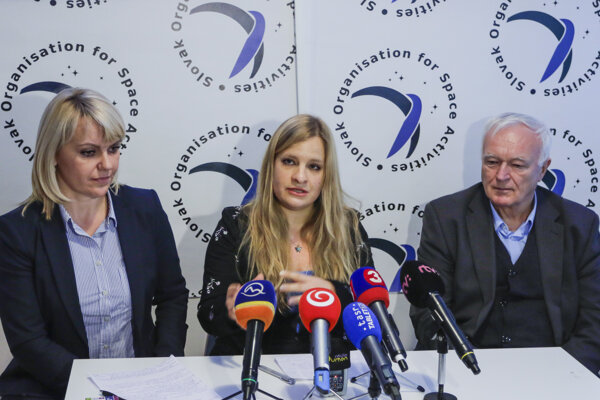 The Slovak Organisation for Space Activities (SOSA) in cooperation with other Slovak institutes will participate in a simulated mission to Mars scheduled to take place in the USA, with the commander of the international crew set to be SOSA chair Michaela Musilová.

Musilová was handpicked by an organisation called Mars Society.

“The purpose of the mission is to ascertain whether people could survive in a real colony on Mars under such conditions,” Musilová said, as quoted by the TASR newswire. “What awaits us is a limited amount of food, water, electricity and oxygen. Also taken for granted is a complete disconnect from the rest of the world, as if we were on a different planet.”

The Mars colony consists of small living quarters with a diameter of eight metres, designed for everyday use ranging from sleeping, cooking, workouts and research. There are also laboratories and an observatory.

“Leaving the station is possible only in a space suit, and you can’t run in it,” Musilová said, as quoted by TASR, recalling her own experience with a mission in 2014. “Sleeping there feels like being in a coffin.”

She is scheduled to leave for the USA soon to conduct unique Slovak experiments in the following days.

The almost three-week mission will begin on January 13 at the Mars Desert Research Station (MDRS) located at a high altitude in Utah. During their stay, a crew of six ‘Marsonauts’ from Spain, Israel, Australia, France, Ireland and Slovakia will conduct a number of scientific studies and research projects, TASR wrote.

Musilová, for instance, will test the durability of colostrum and beta glucan, natural products developed and produced in Slovakia by small innovative firms in cooperation with the Research Institute of the National Agricultural and Food Centre (VÚP NPPC), with the aim of bolstering the human immune system.

“The nutritional and healing properties of these products could be used to benefit not only of future astronauts but also people working in extreme conditions,” added Stanislav Šilhár of VÚP NPPC, as quoted by TASR.