So why do statistics say the opposite? 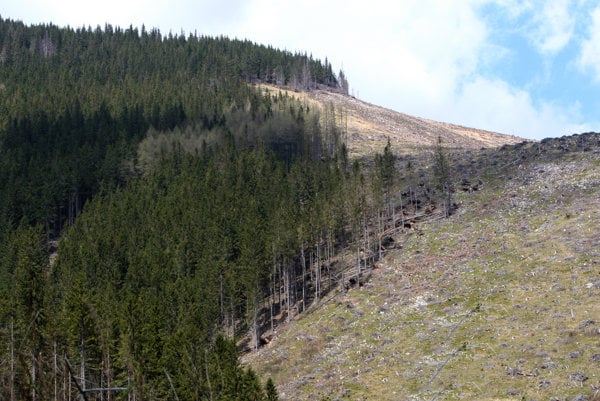 While figures of the National Forestry Centre for 2001-2014 indicate an increase in land covered by forests by 0.7 percent and an increase in wood reserves by as much as 14.7 percent, satellite images indicate a drop in forest-covered area by 6 percent, reads the study of the Environmental Policy Institute (IEP).

“This divergence is due to different methodoloies,” the study suggests, as quoted by TASR.

Along with the issues of waste and air quality, forests have been included in IEP’s list of the three main environmental challenges for Slovakia. The spotlight on forest cover is due to the higher-than-recommended pace and extent of logging, as well as input from experts.

“When set against the other OECD countries, Slovakia did indeed lose a lower percentage of forests, but in no country in the sample under review was the forest cover preserved or expanded,” said the study’s authors Martin Haluš and Ján Dráb, as quoted by TASR.

The trend of wood logging has worsened significantly during the last 10 years, the study suggests. The number of logged wood is lower than the number of new trees in Slovakia, but the intensity of logging is higher than in other OECD countries, according to the Eurostat statistics office.

“Following the increase in random logging, the trend had been worsening significantly until 2010 when it gradually started improving, with the exception of 2014 which faced a wind calamity,” the report reads, as quoted by TASR.

The intensity of logging, however, is still higher than 10 years ago, it added. Another problem is illegal logging.

The study also showed that more than one-third of forests in Slovakia is moderately or more defoliated. Defoliation is a sign of forest health.

“The current state and trend of tree defoliation is unfavourable,” the study warns, adding that the number of defoliated trees has doubled in the past 10 years and in 2014 rose to 49 percent.

The situation improved the following year when the share of defoliated trees dropped to 34.5 percent, which is the fourth highest number in the EU, according to the study.