No prosecutor, no judge

A German soldier found Eugen Kučera during the war but did not report him. 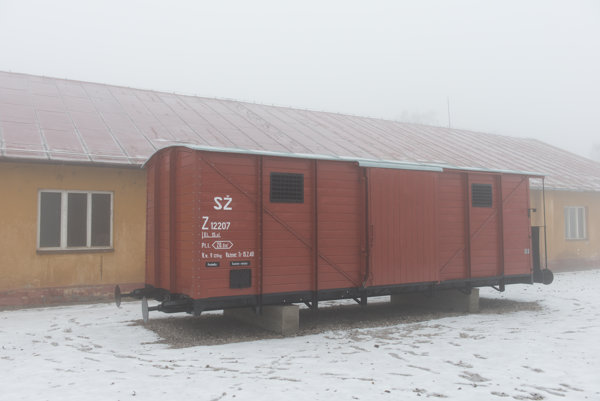 Eugen was born in Bolešove, in an area called Považie. His family moved to the neighbouring village called Borčice, where his father worked in a distillery. His mother was a housekeeper and his childhood was very happy. In 1938, when he was ten years old, his younger brother Pavel was born, reads the Kučera’s testimony published by the Embassy of the State of Israel in Slovakia.

Eugen’s father received a special certificate thanks to his mother’s brother that meant he was protected due to the importance of his occupation, a so-called “economic Jew”. Nevertheless, the family could not stay in Borčice any longer because Hlinka Guards tried everything to undermine this certificate, so the family moved to Bratislava and the father found a job as a builder.

Eugen’s family and also Stacha, for concealing Jews, were taken by Hlinka Guards to the camps. His brother and his mother were transported to Bergen-Belzen and survived; his father was sent to Buchenwald and perished there. Eugen, at the time, stayed with his uncle and Hlinka Guards did not come for them.

“I couldn’t risk my uncle’s life and so I left his home and headed to Borčice village to look for someone to help me,” Eugen says in his testimony.

The Martišek family took him in. They were Catholics and their families were very close. “I told them what happened to the rest of his family and all they said was: ‘Bubinko, you will stay with us, we will hide you and take care of you’,” Eugen says.

He hid in their back room, and never left it. The family brought him food and everything he needed and took care of him like he was one of their own. The Martišek family risked their lives, while a German soldier moved into their house and the Martišeks were forced to move to the back room.

“The German soldier never saw me, but he knew about me. Once he told Mrs Martišek: ‘I know you've got somebody there, but in a place that there is no prosecutor, there is no judge’ and never said more,” Eugen says.

He stayed with the Martiškes until the war ended. When the front war got closer to them, the family sent him to the mountains to be with a shepherd and that is how they saved his life. He was 16 years old at the time. They never asked for money or anything in return.

“They gave me the bench which I used to sleep on in the hidden place as a memento. I still have it in my apartment. I’m so grateful to the Martišek family for saving my life while risking theirs, I owe them my life,” Eugen says.