Salaries grew the most in 6 years

Qualified workers as well as supporting staff and qualified technical workers witnessed the highest rise in 2016. 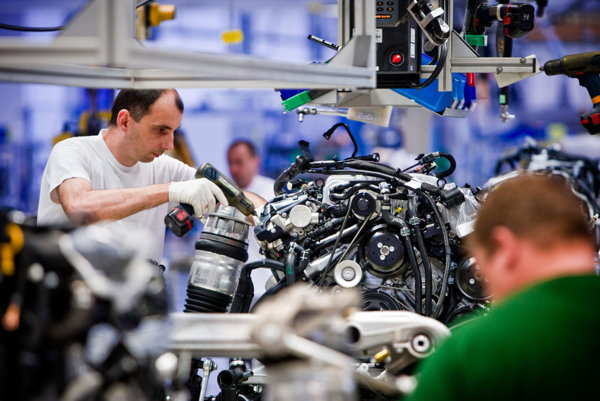 The increase in salaries in 2016 was the highest in the past six years. The basic gross salary went up by 4.8 percent compared to 2015, while the average basic salary last year amounted to €920 gross a month.

This stems from an analysis of the Platy.sk website where more than 70,000 people compared their salaries last year.

Qualified workers saw their wages increase the most last year – by 6 percent compared with 2015. Their average basic wage amounted to €652 gross a month. The increase in wages of supporting staff and qualified technical workers was also above average, amounting to 5.6 percent in the latter group.

“This increase in wages may result from the lack of qualified labour force in industry and retaining them, which employers are witnessing not only in Slovakia but also in neighbouring countries, like the Czech Republic and Hungary,” said Miroslav Dravecký, product manager of Platy.sk, as quoted by the TASR newswire.

Top managers witnessed the lowest annual growth in salaries. Though they earn the most, their basic salary rose by only 2 percent, TASR wrote.

“The important part of top managers’ salaries are financial benefits in the form of rewards, which are the most typical and most generous at managerial positions as they often relate to achieving certain goals,” Dravecký said, as quoted by TASR.

Top management thus saw very generous rewards. As much as 44 percent of people working in top management across Slovakia, including in small companies, say they receive year-end bonuses which are equal to double of their basic monthly salary, Dravecký added.

Regarding working sectors, the highest wages are in management, which is followed by IT, telecommunications, technology and development, pharmaceutical industry, quality management, and translating and interpreting. Employees in these sectors earn more than €1,000 gross a month.

On the other hand, the lowest salaries are in administration, services and tourism.

The analysis also suggests that employees in the Bratislava Region earned the most last year – up to €1,271 gross in average, which is by 4.2 percent more than in 2015. On the other hand, the lowest salaries were in the Prešov Region – only €796 gross a month, up by 4.5 percent year-on-year.

Salaries increased the most in Trenčín and Košice last year – by 5.1 percent y/y each, TASR reported.