One step forward, two steps back

Roma patrols were one of the few examples that brought actual results for the minority and the majority. But at some point the project was allowed to drown during the change in governments. 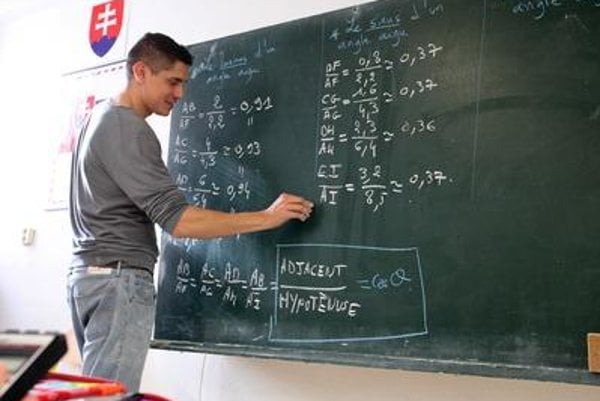 Education rather than repression should be the focus of work with Roma people. (Source: Sme )
Font size:A-|A+  Comments disabled

For several years, selected people from within the Roma communities of Slovakia kept an eye on their villages and cooperated with the police to prevent criminality. These were called Roma patrols, and they worked well.

All the factors that typically contribute to a successful project to integrate Roma were present: empowerment of individuals, participation of the minority in public affairs, lower criminality, building of bridges between the minority and the majority. It was a success, said local governments, the third sector, and even the European Commission.

Governments and non-governmental experts have been scratching their heads for decades now, trying to come up with a reasonable and effective way to integrate Roma, thousands of whom live in what are called socially excluded communities – mostly just a euphemism for urban ghettos and rural shantytowns. 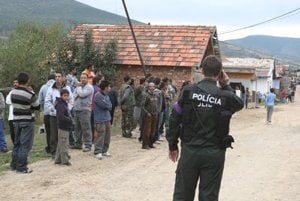 Roma patrols were one of the few examples where such efforts brought actual results for the minority and the majority. One would think those in authority would have done everything in their power to keep the scheme above water. But at some point the project was allowed to drown during the change in governments.

An encounter between the current government proxy for Roma communities, Most-Híd’s Ábel Ravasz, and his predecessor in the post, Peter Pollák of the opposition party OĽaNO, turned into a blame game rather than a substantive policy discussion, with the two pointing the finger at each other when asked to explain why the project no longer works.

Ravasz says it was not extended to 2016 and he is now working to have it renewed come the summer.

More widely, experts working with Roma communities are unanimous that education rather than repression should be the focus of work with Roma people living in excluded communities.

“I believe that when working in the social field, community work is much more important than looking after order,” Elena Gallová Kriglerová from the Centre for Research of Ethnicity and Culture told The Slovak Spectator.

And there are several indicators that all our alarms should be going off regarding the education of children from the poorest families. Most recently, monitoring tests for fifth graders (i.e. 11-year-olds) has shown what other surveys, including the international PISA tests, have demonstrated before: that children from poor settlements, most of them Roma, fare much worse academically than their peers from other places in the country. While the national average in the tests was over 60 percent, children from socially disadvantaged communities, who constitute some 3 to 4 percent of all the fifth-graders tested, scored under 30 percent.

Their social status and the education that they are getting in their schools – some of which are segregated – give them little hope of climbing the social ladder and going further than their parents did. What is more, experts on the labour market now say that they might even be worse off, because they will possess virtually zero skills that the ever more high-tech labour market will require in the future.

The Slovak education system is one of the few in Europe where a socially excluded child has close to zero chance of breaking through the glass ceiling, experts agree.

“Being poorly educated in Slovakia really is an enormous disadvantage, more than in other countries in Europe,” Martin Kahanec from the Central European Labour Studies Institute (CELSI) recently told The Slovak Spectator.

This is something to be ashamed of: leaving behind thousands of people, who will most likely never be able to find their place on the labour market, and thus doomed to spend their entire lives in poverty, not just material but also spiritual, while carrying the label “socially excluded”.

This exclusion is being deepened through the education system. We are officially a society that leaves behinds its most vulnerable at a time when they are destined to become even more vulnerable and threatened than before, while the world around them is, ironically, becoming increasingly multicultural.

This is the time when minorities, and Roma in particular, as Slovakia‘s biggest and most challenged minority, need to be empowered. It starts with education but it also touches upon simple things, like giving Roma the opportunity to participate in making the village or town they live in a better place.