A robot decorates the eggs

The pattern is pre-prepared in a graphic editor and then translated by a special programme into a code which then instructs the device. 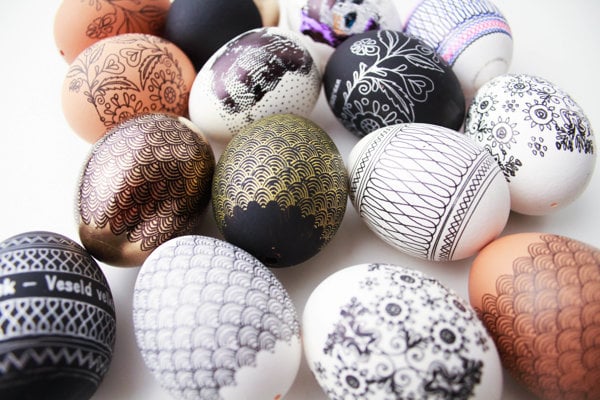 Graphic designer and programmer Juraj Mikláš from Bratislava has developed a new way to decorate traditional Easter eggs – he designed a special robot for this purpose.

The device linked to a computer holds an empty, painted egg shell. The robotic arm above it holds a gel pen. After a few taps on the keyboard, the engines start running to decorate the egg. The work may take from five minutes to about an hour, depending on the complexity.

“The simple patterns, drawn in one line, take the shortest time,” Mikláš told the Pravda daily, adding it takes longer when the pattern is more difficult and the pen needs to be picked up and moved to other place.

The idea and even the device is nothing new. Something similar has been developed under the name EggBot, he added.

Mikláš described for the daily that his egg decorator, the construction of which took some 40 hours, works as a printer.

The pattern is pre-prepared in a graphic editor and then translated by a special programme into a code which then instructs the device. 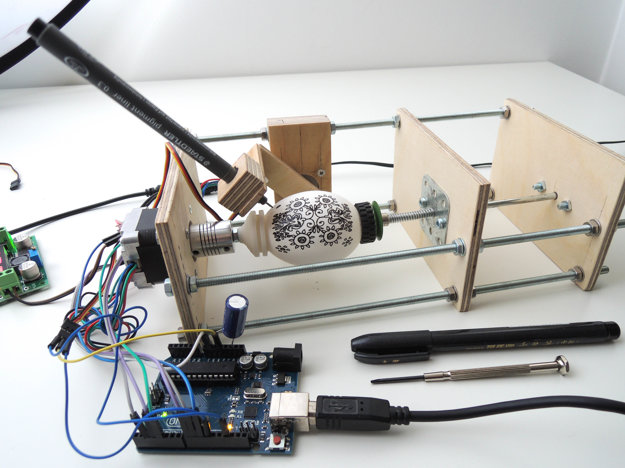 The orders are quite simple as they command the robot how to turn the egg shell and in which direction the pen should move to create a certain pattern.

The signals are transferred into a micro-computer installed in the robot.

“The only difference is that the pen does not draw on paper but on a 3D object,” Mikláš told Pravda.