All mediaeval towns saw a similar story: during their path to independence and autonomy, they clashed with the implacable stance of their lords. The town of Kežmaork, lying in the Spiš region, thus clashed with István II. Thököly, owner of the Kežmarok Castle. 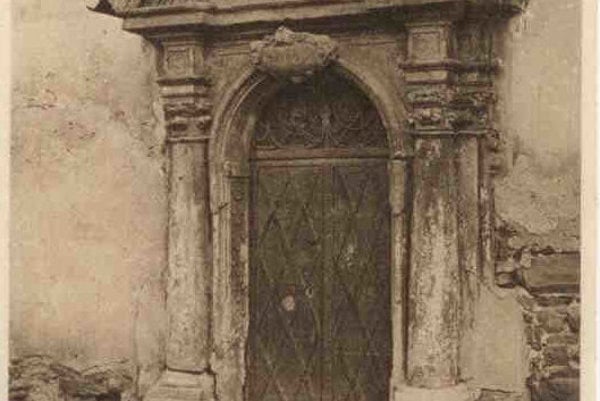 Unfortunately for the town, the castle is in close vicinity to dwellings, and thus town dwellers had to live through all the adversities and harsh attacks of Thököly.

Kežmarok tried in vain to buy itself from the dominion of the reckless nobleman. He was not the least interested in any agreement, and obviously did not want to accept the idea that the prosperous town could exist independently from him.

The following examples can show how a 17th-century Hungarian nobleman perceived “neighbourly relations”, like after he arbitrarily appropriated three houses, he let his mercenaries loot freely in the town for three days.

Thököly found pleasure not just in the symbolism of numbers, but also in court trials. One of them, for example, concerned the ownership of the right to use the important Ľubica Brook. In 1654, Thököly’s symbolic ‘three’ re-emerged again, and after the bloody battle, three dead people were left. The cause of the tragic clash was trivial, though – the landlord’s shepherds grazed goats on the meadows belonging to Kežmarok, and this time there were more than three of them.

The arrogance of the castle owner culminated a year later when he built his own town – within Kežmarok – and surrounded it by a wall. Citizens of the so-called Small Kežmarok enjoyed various privileges, which the rest of the town disliked. However, even this was just one of many typical provocations which were supposed to show that a member of the defiant Hungarian family would never consider Kežmarok an equal partner.

The town was freed from neverending conflicts only by Thököly’s death in 1670. On the other hand, his wife, Mária Gyulaffy, who died at age 22 in 1659, found no peace even after her death. Thököly had a chapel built for her in the castle complex, and here, in a crypt, she was supposed to find her eternal peace. However, a century later, in 1766, imperial hussars raided the chapel and threw the tin coffin with Gyulaffy’s remains in the yard. Even after such a long time, the imperial army did not forget the enmity that ruled the relations between Thökölys and the emperor.

The original portal of the chapel can be admired only in this postcard from 1925. In 1973, it was in such a bad state that it was replaced with a copy. We can also admire the enthusiasm of the author of this photo, Karl Streer, and its publisher, who proudly brand this picture as their Zipser Heimat – Spiš homeland in German. Kežmarok lies in Spiš; in the region where the German population was numerous for centuries, until World War II.