Most periodicals published by municipal offices are promoting mayors rather than offering useful information for citizens. 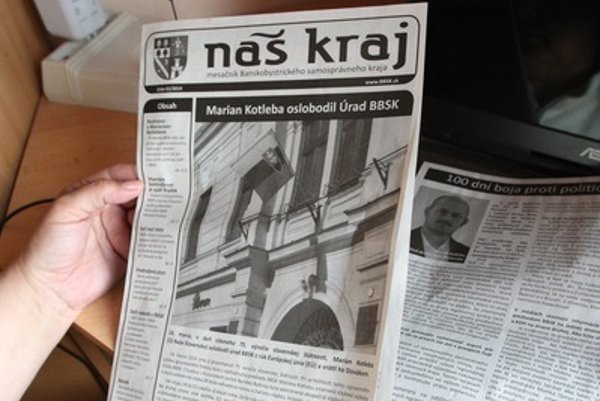 The information published on February 7th by Transparency International Slovakia (TIS), compares the public benefit of municipal periodicals in the 100 biggest cities and towns of Slovakia. Five issues of 83 periodicals which were published over a specified period, were included.

“The results confirm the warnings of activists – but also independent journalists – that in the long term, municipal newspapers paid for by the taxes of locals, are often abused to glorify self-administrative leadership and to harm their rivals,” project coordinator of TIS, Michal Piško explained, as quoted by the TASR newswire.

TIS was inspired by the survey and methodology of the Czech civic association, Oživení, he added. They scrutinised the share of municipal. i.e. self-government issues, the space offered to critical or polemic opinions, inclusion of the public in future decisions, but also the anonymity of stories, excessive promotion of the local mayor or leadership of self-administration and the share of critical mentions harming their opponents.

If positives prevailed, the score of the paper exceeded 50 percent; if negatives were stronger, it scored less than 50. The average was 45 percent, according to Piško. Only 22 periodicals were better than 50 percent; while 61 of the 83 evaluated did not reach the 50 percent threshold.

In 60 percent of the 415 issues monitored, not a single polemic note appeared and most of them described the local life and the work of self-administration “in rosy colours”, according to Piško. If any negatives appeared, they constituted less than two percent of the municipal stories. “This would be a huge problem if national public, or even private media operated in this way,” he noted, according to TASR.

He also stressed the lack of stories on the planned decisions of self-administrations.

In the overall evaluation, the best paper in the chart was Hlas Nového Mesta, the paper of the Nové Mesto borough of Bratislava, followed by the Novinky z Radnice from Trnava City-hall. At the opposite end of the scale, Gemerské Zvesti from Rimavská Sobota and Humenské Noviny from the town of Humenné were far below the average in almost all criteria.

TIS representatives believe that the way to increase the orientation of municipal media on public issues is by adopting an amendment to the Press Act, inspired by the Czech Republic, which stipulated rules based on the principles of public-law orientation and ideal balance of contents, for media published by local self-administrations.