Slovak presidency of EU did not interest Eurosceptics

Slovak Presidency of the EU Council resonated in two thirds of the population, however, it had no impact on perception of the EU.

The Slovak Presidency of the EU Council lasted six months and was accompanied by strong media coverage. Although the government’s aim was to bring out whole-society interest in the presidency and zoom in on EU and European topics for Slovaks and to present the country abroad, it had no effect on the perception of the Union among the citizens.

This stems from the survey carried out by the Focus pollster for the Euractiv.sk website between January 24 and February 1 on 1,008 respondents, asking them how people perceived the Slovak presidency.

As many as 65.4 percent of respondents claimed they were aware of Slovakia holding the presidency of the EU Council, while 14 percent said they did not know about it and 20.5 percent thought they had heard about it but were not sure.

People aware of the presidency were mostly those satisfied with Slovakia’s EU membership. Conversely, 44 percent of those who have no opinion about Slovak membership in the EU did not reflect on the presidency at all. 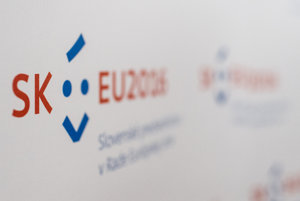 As many as 73 percent of respondents agreed with the statement that the role of the Slovakian presidency was mainly administrative and organisational. More than half of respondents also think that Slovakia did not involve Slovak citizens in the presidential performance, according to the Euractiv.sk survey.

Moreover, 58 percent of respondents agree with the statement that ordinary people were not aware of the Slovak presidency.

As for the other statements, some 50 percent of respondents claimed that Slovakia contributed to adopting compromises among the EU countries, while 38 percent disagree and 12 percent do not know. Most Slovaks also agree with the claim that the presidency has shown Slovakia in a positive light and that the perception of the EU in Slovakia has also improved.

In the main, those who were positively influenced were those who agree with Slovak EU membership. Of those with an unclear opinion, only 13 percent claimed that the presidency improved their opinion of the EU. Only 12 percent of Slovaks who disagree with the membership claimed the presidency had a positive impact, the website reported.

In other words, the Slovak Presidency of the EU Council resonated for those who were interested in public life. Those who are sceptical towards the EU and indifferent to public life were not interested in the EU presidency, Euractiv.sk informed.