The Prešov bypass project will not change

The Transport Ministry does not consider it advantageous. 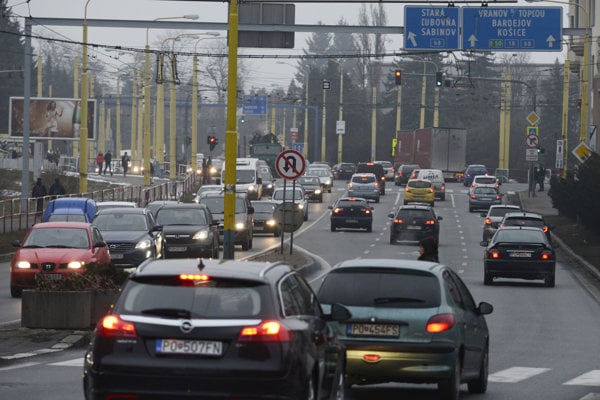 Transport Minister Árpád Érsek (Most-Híd) disagrees that the price set for construction of the Prešov bypass can be lowered by about €400 million. He responded to the objections of the Value for Money team that claimed it is possible to decrease the price from the planned €900 million to €500 million, the Sme daily reported.

The analysts proposed to build the eastern variant of the bypass and the four-lane road in the city centre, instead of the originally planned south-western variant.

“There is no time for argument,” Érsék said, as quoted by Sme, adding that he has ordered the re-assessment of the project recently, which suggests there is a certain space for savings. The amount however is not as high as the analysts say: only about 6 percent of the original cost.

Érsék was responding to the letter Finance Minister, Peter Kažimír (Smer) had sent to President Andrej Kiska. He said that the bypass project does not have to cost the €900 million planned by the ministry. 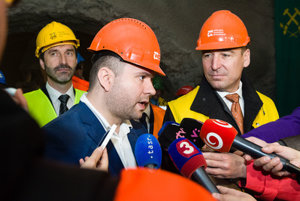 The minister however says that the proposed savings are only the opinion of a certain group of analysts which is not relevant at the moment. He also claims the analysts had made a mistake in their calculations. They reportedly included only the highway section but not subsequent roads and crossroads. After calculating the price of these elements, the price does not seem so exaggerated, Érsék claimed.

“I identify with the Value for Money project but only if the analysts join the debate in the beginning, not in the middle or at the end of the process,” Érsék said, as quoted by Sme, adding they have already completed talks with Kažimír and will continue the debate.

The minister added that he will discuss the potential savings with the construction company. The state may save money on, for example, not having all the roads made of concrete, as reported by Sme.

He also explained that it is not possible to announce a new bid and seek a new contractor as the construction might be delayed by several years, which would be unacceptable due to the current traffic situation in Prešov. The state, however, still has time to think about the final version of the project.

The state now has to wait for definitive documents which Brussels has requested. Without them it cannot count on receiving the money from EU funds, the minister added, as reported by Sme.

The Transport Ministry plans to build 23 kilometres of highways and express double-carriageways in Prešov, which includes the eight-kilometre bypass on the south-western side of the city and the 15-kilometre double-carriageway road, R4. The winner of the bid is the consortium of companies Eurovia and Doprastav, which costed the R4 road at €365 million.

When calculating the price per kilometre, it is however the most expensive road as one kilometre will cost €45 million, Sme wrote.