The man attacked a foreign student in a bar; now, he faces three years' prison and is the first Slovak in custody under new, stricter rules. 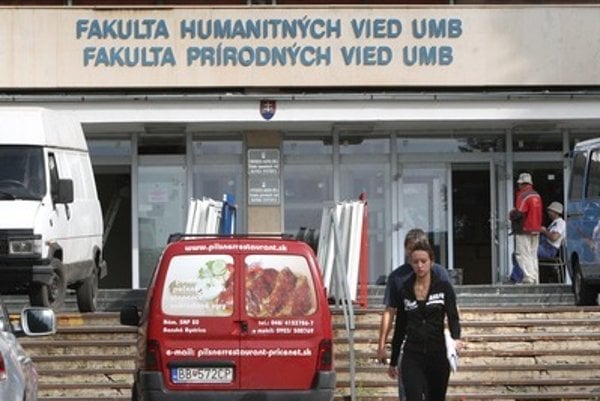 The man aged 31 and identified as Peter P. from Banská Bystrica, who attacked a Frenchman aged 20 on January 12 in a night club, has been charged by the National Criminal Agency (NAKA) investigator with bodily harm and rioting, the Sme daily wrote two days later. Spokesperson for the Police Corps Presidium Denisa Baloghová informed that the motivation for the attack was the skin colour of the injured man.

At least four people were present when Peter P., without any previous provocation, hit the Frenchman on the head with a thick glass, wounding him in the area of the temples which had an estimated healing time of 10 to 15 days.

When the people around tried to prevent the defendant from further attacks, he cursed in a very vulgar way. If convicted, he faces one to three years in prison.

The Prosecutor asked the Specialised Court in Banská Bystrica for pre-trial custody, arguing that the charged man continued to pose a threat to the community.

“This is the first case of the crime of extremism when the prosecutor of the Special Prosecutor's Office (ÚŠP) has filed a proposal for pre-trial custody since the new legislation has become effective,“ spokesperson for the General Prosecutor's Office, Andrea Predajňová, said.

Since the beginning of 2017, an amendment to the Criminal Codes has been in effect, which should help a more accurate and effective investigation into crimes of extremism which fall within the authority of the Specialised Criminal Court in Pezinok and the Special Prosecutor's Office.

The Matej Bel University in Banská Bystrica, where the French youth studies, expressed regret and compassion for the student who became the victim of a physical attack, its Vice-Rector for International Cooperation and Public Relations, Katarína Chovancová, said for Sme. The university perceives the situation very sensitively, despite the fact that the incident happened outside the academic complex, and believes nothing like this will happen again.