They discussed the challenges of the 72nd UN General Assembly and mutual collaboration between Slovakia and South Korea. 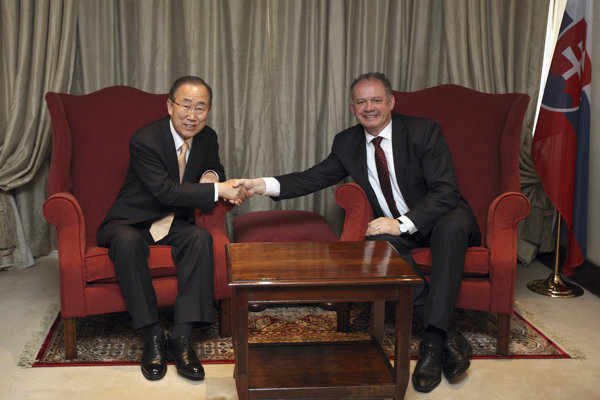 Ki-moon appreciated Slovakia and its commitment on a multilateral level, which is proven also by the fact that the country will preside over the 72nd UN General Assembly, the SITA newswire reported.

The main challenges for the next chair of the General Assembly include progress in global collaboration when solving problems with migration and refugees, and fulfillment of international commitments arising from the Paris climate deal, Ki-moon said.

Kiska stressed that it is “a moral duty of Slovakia as a modern and prospering country to help others”. He stated as an example the year-long development activities in Kenya carried out by various non-governmental organisations, volunteers and funds allocated within official development aid, SITA reported.

Kiska and Ki-moon also commented on the very good collaboration between Slovakia and South Korea, the latter’s home country, and the possibilities of developing it further.