The growing economy and falling unemployment rate create a good environment for the growth of companies already established in Slovakia, but also for the arrival of new ones. 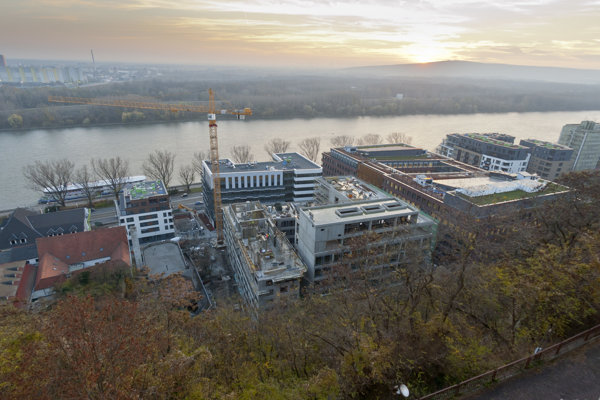 The market of commercial properties will continue growing in 2017. Real estate and consulting experts expect that several new office buildings will be added to the offer this year. Since most of the spaces have already been rented during construction, the vacancy rate is not expected to increase significantly, the TASR newswire reported.

The growing economy and falling unemployment rate create a good environment for the growth of companies already established in Slovakia, but also for the arrival of new ones. This may result in stable or slightly increased demand for office space, opines Roman Gazdík of Cushman & Wakefield company.

As for Bratislava, new office premises should be created as part of Zuckermandel, Rosum, Uniq Staromestská, Blumental, Stein and Panorama II projects which will offer more than 100,000 square metres of modern space. More office premises are expected to appear in the market in 2018, TASR reported.

The real estate companies also expect positive trends in the coming years. Meanwhile, the rental conditions and prices may slightly increase, but the rise should not be higher than 3-4 percent, Oliver Galata of CBRE Slovensko told TASR.

He also expects the restoration of the rent of offices and the construction of some projects that was halted in the regions. This concerns Košice, Žilina, Poprad, Prešov and Banská Bystrica, especially due to the interest of international companies, Galata added.

Dalibor Surový of the JLL company predicts a slight drop in the activity of lessees. Most of firms which rent space of more than 2,000 square metres have already signed leases for a longer period. Overall demand will be impacted mostly by activities of small and medium-sized companies, so it is possible to expect a higher number of signed contracts and a drop in the total volume of transactions, he added for TASR.

Meanwhile, some owners of lower standard buildings have adopted steps to secure their competitiveness, said Ermanno Boeris, head of Colliers International. They will reconstruct the spaces to a higher standard and compete with one another via rental rates.

The trends coming from the west also indicate that the usage of office buildings may change, for example, they may be turned into residential buildings, he added.