In the sector of industrial real estate attention is focused on Nitra and its vicinity, where Jaguar Land Rover (JLR) is building a new plant. 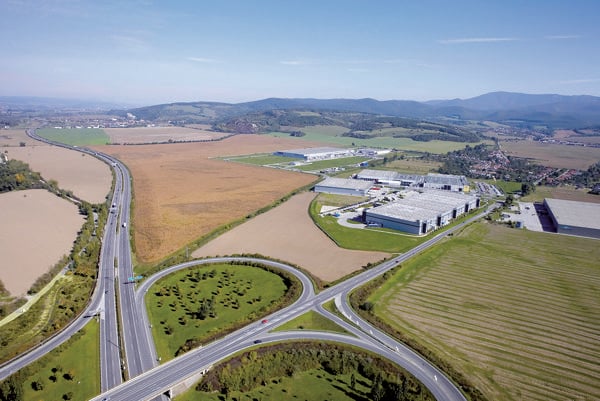 Strong economic growth and low interest rates mean the real estate market is thriving, and with Slovakia set to become home to a fourth carmaker, that trend looks set to continue.

In the industrial sector attention is focused on Nitra and its vicinity, where Jaguar Land Rover (JLR) is building a new plant. Meanwhile, in Bratislava two new retails projects are in the pipeline. The market for office space has registered a drop of the vacancy rate below 7 percent and the residential market continues to be driven by low-interest mortgages.

Economic growth in Slovakia exceeds 3 percent per year and is expected to further accelerate with the arrival of the British carmaker JLR.

“The development in the construction of new industrial and logistics space can be evaluated very positively,” Martin Hudák, senior consultant at the Industrial Agency of Cushman & Wakefield Slovakia told The Slovak Spectator.

He cites the growing purchasing power of consumers and the automotive industry as reasons behind these favourable developments.

While the construction of a new plant for JLR in an industrial park close to Nitra started in mid-September 2016, the market is still waiting to see which suppliers JLR will choose. Tomáš Horváth, head of industrial and logistics premises at Colliers International in Slovakia, estimates that some 280,000 square metres of warehouse space is at stake.

“Existing and planned parks around Nitra are waiting for the next developments too,” said Horváth, adding that this situation is dramatically increasing the prices of land and future rents in the region.

This higher demand for logistic and industrial space encourages investors towards speculative (meaning without pre-lease contracts) development, especially in Senec and Žilina.

“Some parks such as Lozorno or Malacky are starting to encounter full occupancy without any extension possibilities and thus a new development is planned mainly to fill the gap of available A-class industrial properties in Bratislava,” said Horváth, estimating that speculative construction is accounting for as much as half of current construction in Slovakia.

Prologis remains the biggest player on the market with a 34-percent share of total industrial stock, according to the market overview for the first half of 2016 by Colliers International. It was followed by CTP with 13 percent and P3 with 10 percent. In addition, the Australian group Macquarie entered the Slovak market in 2016 when it acquired a €79m portfolio of logistics and light industrial assets in Slovakia and the Czech Republic from HB Reavis. It now has approximately 7 percent of all modern A-class industrial premises in Slovakia.

Over the past year developers filled the remaining free places for new retail projects, with the trend for future years shifting to modernisations and extension of existing retail spaces.

“This is because a common life cycle of a shopping centre is 10 years, which many centres are nearing,” Daniel Kúth, senior consultant of the Retail Agency JLL, told The Slovak Spectator.

Among the biggest projects for 2017, Kúth highlighted the planned opening of Eperia in Prešov, which is for now the last regional capital in Slovakia without a regional shopping centre.

Contrary to Prešov, the situation in Bratislava is completely different as the capital registers as one of the largest per capita retail areas in central and eastern Europe – 1,400 square metres per 1,000 inhabitants.

Despite this, there are two huge projects in the pipeline – the extension of the mixeduse-property Eurovea and the Stanica Nivy development, which will combine a bus station with a mall. They will together bring approximately 100,000 square metres of additional retail space between 2018 and 2020, according to Kúth.

The €270-million Stanica Nivy will replace the existing Mlynské Nivy bus station, which was built in the 1970s. It will combine an international bus terminal, a mall, a fresh market and a 115-metre tower with offices. As it still has not obtained all the necessary permits, the start of construction is not expected earlier than in 2017 while it should last for about three years.

“Re-building the station as a transport junction is a sign that exactly matches a naturally high concentration of people not only in Bratislava but also in other cities,” said Kúth.

With Stanica Nivy, the investor, HB Reavis, is responding to the transformation of this neighbourhood into a new business zone.

“The whole quarter is now being revitalised, where a new business heart of the city is growing close to one of the most pleasant residential areas of Bratislava,” Jakub Gossányi, development manager at HB Reavis, told The Slovak Spectator.

Just opposite the bus station project is an office complex, Twin City, comprising three buildings, as well as an 89-metre-high office tower, Twin City Tower. Nearby, the financial group Penta Investments is preparing to build a complex designed by the recently-deceased Iraqi-British architect Zaha Hadid. Originally known as Čulenova, it was recently re-christened Sky Park and will consist of tower blocks with apartments and offices. Also close to the bus station, the developer YIT is reconstructing Cvernovka, a former thread factory, into a new residential complex.

Much less information is known about the expansion of Eurovea further towards the Apollo Bridge. The €350-million successful first phase of the development on the embankment of the

Danube River, with a park and promenade, opened in 2010. The developer has thus far refused to specify the financial parameters or the time frame of the expansion.

“The extension will copy the existing scheme,” Peter Korbačka of J&T financial group, which bought Eurovea in 2014, said in an interview with the Across magazine. “It will be a logical enlargement of the project by additional gross leasable area of 25,000 square metres of prime retail space.”

A decreasing vacancy rate and new projects coming to the market, often with green solutions, were the main changes to the office market as demand for new offices drives new construction in Bratislava.

“The office market reports a high activity on the side of tenants as companies are looking at rented offices not only from the viewpoint of costs, but they equally watch also what the new space may bring them from the viewpoint of increases in effectiveness and employee satisfaction, the availability of amenities in the area and so on,” Dalibor Surový, head of the Office Agency and Tenant Representation at JLL Slovakia told The Slovak Spectator. 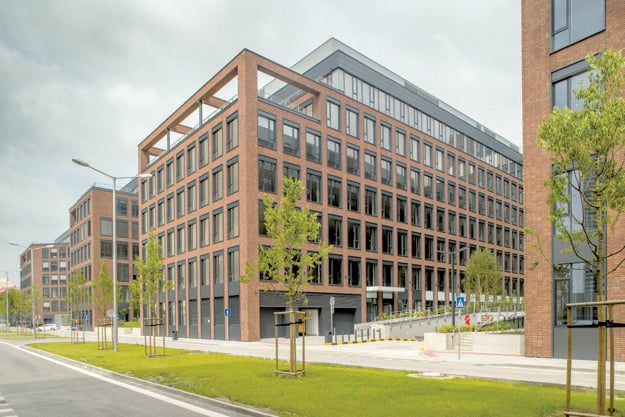 The year 2016 brought several interesting projects to the Bratislava office market, like Twin City by HB Reavis, the Rosum project by the investment group Penta and the Uniq project by Cresco Group, said Katarína Cihová, head of Development & Consultancy at Cushman & Wakefield Slovakia.

“What is perceived very positively is the value developers are pinning towards reaching the highest green certifications,” Cihová told The Slovak Spectator.

The vacancy rate in Bratislava decreased to 6.88 percent by the end of the third quarter of 2016, a drop by 0.55 percentage points over the quarter, according to Cushman & Wakefield.

Colliers, while pointing out that the vacancy rate was as high as 11.78 percent during the first half of 2015, ascribed the decrease in the rate to strong leasing activity and weaker development competition in recent years.

“Vacancy rates are expected to increase in next two years due to new projects in preparation and tenants vacating older properties,” Colliers wrote in its market overview for the first half of 2016.

“But I think that the advantages will start to balance and we will again see a slower tenant market that will bring several opportunities for companies for relocations,” said Surový.

“Strong demand, that has been dominating for already two years grew even more over the past year,” Ján Bošácký, senior research analyst at JLL, told The Slovak Spectator in mid-October, adding that developers responded with a higher supply of apartments as they want to exploit the current mood of potential buyers who are afraid of growing prices, strong demand and a possible increase in interest rates in the future.

“This may be an indication that clients are no longer responding to the current prices and are starting to wait with their acquisition or that the prices are becoming unrealistic for them,” said Danihel Rážová.

Both Bošácký and Danihel Rážová agree that the supply of new apartments regarding the required prices and structures is far from meeting demand. This is also proven by the findings of analysts from Bencont Investments.

“Only 10 percent of vacant apartments are completed and prepared for moving in,” Bencont Investments wrote in its analysis of the Bratislava residential market in the third quarter of 2016. “Thus a common consumer actually has almost no possibility to buy a cheap and completed apartment.”

Danihel Rážová expects that in 2017 potential buyers will have similar problems.

“Large projects are entering the market, but these have not announced exact prices yet,” said Danihel Rážová. “Thus the shortage of smaller and cheaper residential real estate will continue.”

Bošácký also records that the trend of rental housing has been arriving in Slovakia from the western world.

“While most people in Slovakia wish to own the real estate, this phenomenon brings one fundamental disadvantage and this is less flexibility,” Bošácký said.