Graduates from medical and technical schools top the list of students moving abroad. But family ties is a strong factor for returning back. 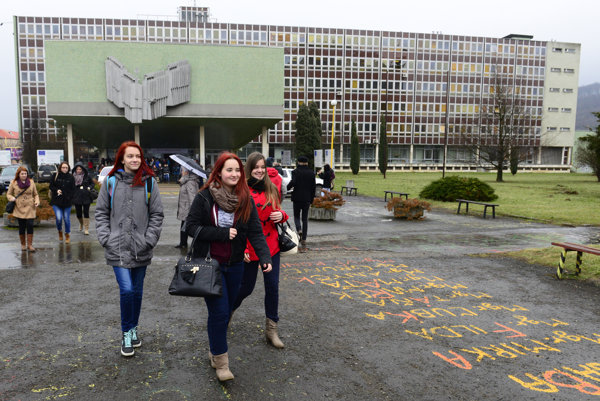 Veronika Hajduková graduated from the University of Veterinary Medicine and Pharmacy in her hometown of Košice, but lives and works in Prague.

“I decided to leave because of more job offers in my and also my husband’s specialisations and also salary conditions,” she told The Slovak Spectator. She and her husband are not planning to return.

Hajduková, who is now 27 years old, is one of about 300,000 people who have left Slovakia in the past 15 years. This number comes from an analysis published by the Institute of Financial Policy (IFP), which runs under the Finance Ministry. More than half of those who have left are under 30 years old.

The analysis is based on estimates of the registers kept by health insurance companies. In Slovakia, health insurance is compulsory but those who leave the country usually de-register with their insurers. As a result, it is more accurate than basing the statistics on changes in permanent residency, according to its authors.

“It is a very useful overview about Slovaks who live abroad over a long period,” Miloslav Bahna of the Institute of Sociology at the Slovak Academy of Sciences told The Slovak Spectator.

The analysis shows that people who are unemployed and single are more likely to seek work abroad. Moreover, the majority of people leave the districts situated in north-eastern Slovakia. Between the years 2005 and 2015, Snina lost the most inhabitants – more than 6.5 percent of its population. In second place was the district of Humenné (6.3 percent), followed by Medzilaborce (5.8 percent).

On the other hand, less than 2 percent left the districts of Komárno, Senec, Malacky, Pezinok and Kysucké Nové Mesto over the same period.

The analysis also suggests that every tenth university graduate moved abroad between 2010 and 2013, which means that every year the state lost some €44.8 million it had invested into their education.

Graduates from medical and technical schools top the list of students moving abroad, according to the analysis. From among the top 10 schools listed by the IFP, five are medical faculties, while three are technical specialisations. The highest rates of brain drain were reported by the Comenius University’s faculties of medicine in Bratislava and Martin, and the Faculty of Aeronautics at the Technical University of Košice.

“These occupations have much better working and salary conditions abroad,” Róbert Chovanculiak, analyst with the economic think tank Institute for Economic and Social Studies (INESS), told The Slovak Spectator.

Bahna recalls that the fight for experts is a global phenomenon. In the medical sector, for example, the hospitals situated in former eastern Germany “hunt” for experts. A similar situation can be found in IT and other attractive professions, he explained.

These people are then replaced mostly by Ukrainians and Serbians, says Peter Kremský, executive director of the Business Alliance of Slovakia (PAS). Money, however, may not be the only reason for moving abroad.

24-year-old Marián Rusnák from Prešov, for example, wanted to gain new experiences. A graduate from the Faculty of Informatics at the Masaryk University in Brno, he currently works in London as a software engineer.

“I am often asked whether I couldn’t find a job in Slovakia,” Rusnák told The Slovak Spectator. “I could and I even have one, alongside my London job. But the foreign experience is priceless.”

For Zuzana Šamaj, a 28-year-old graduate from the Slovak University of Technology in Bratislava, the reason was her husband. When they met, he had already been working in London. When deciding on a place to live, they chose London because there were more job opportunities, she said.

Problems with an ageing population

The departures, however, increase the risks linked to the demographic crisis. Slovakia will become the country with the highest ageing population in the EU, according to the Eurostat estimates.

Analysts addressed by The Slovak Spectator also warn about the risks ageing poses. The country is left with people who show little initiative, are not very capable or teachable and they often lack the motivation to grow and improve, according to Kremský.

“The country is losing its elites, which isn’t good for it,” Kremský told The Slovak Spectator. “It may harm its operation in the future, and support the growth of extremism and emotional solutions during crisis.”

The IFP study suggests that about half of those who left between 2000 and 2012 returned before 2015. Many people who study and work abroad, however, decide to stay there. This has also been proved by a PAS survey carried out in 2015, in which as much as 70 percent of its respondents said they do not plan to return to Slovakia.

The Education Ministry has meanwhile launched a programme aimed at luring experts back to Slovakia. If they find a job in state administration, they may receive a financial contribution: €10,000 for graduates from foreign universities and €50,000 for experts with at least 10 years of experience in the field.

The ministry has already approved the return of eight experts from abroad within the scheme, and considers utilising the programme in the future, as well.

Chovanculiak, however, says that under the current conditions, with underfinanced and generally weak research facilities in Slovakia, there is only a small chance of attracting somebody with higher ambitions in the field.

Bahna also says that the state has limited possibilities when luring young people back. The state should instead make it easier for foreigners from neighbouring countries to access the Slovak labour market.

“The state should also motivate universities to actively search for students abroad for not only paid, but also free studies here,” he added.

The PAS survey revealed that the highest share of people want to return to Slovakia for family reasons. Also Šamaj admits that she and her husband (also Slovak) are drawn back mostly by their families and friends. However, she cannot say now when exactly they will return.

“I would welcome the business environment to improve,” she said when asked what would persuade her to return.

Rusnák also wants to return, saying he feels good here mostly thanks to his family, friends and other people he usually meets with.

“Of course, Slovakia is not perfect, but no country is,” he said, adding that though many people think it is better abroad, that is not necessarily true.

Šamaj appreciates several initiatives currently underway in Slovakia, like the Green Watch run by activist Matúš Čupka, Slovensko. Digital or Leaf, about which there should be at least as much reporting as the ongoing scandals.

“It is necessary to send positive examples abroad that the situation is improving in Slovakia thanks to the initiative of its people,” she adds.