What Slovakia loses when it neglects the Roma

If the employment rate of Roma matched that of the majority, the labour market would get 150,000 people it badly needs. 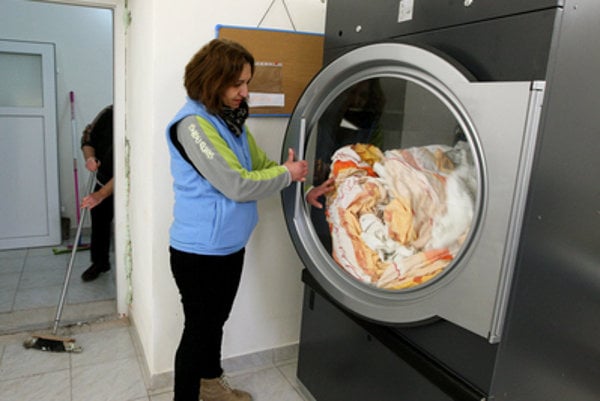 Segregated communities where thousands of unemployed Roma live, could become an asset for the labour market now that Slovakia is struggling with a lack of qualified labour. But the government shows little interest in putting that potential to full use.

“The low birth rate will totally overwhelm us in a few years’ time,” Michal Páleník of the non-governmental Employment Institute told The Slovak Spectator. The number of unemployed people from settlements represent 5 to 10 percent of the country’s population, and ignoring them is “suicidal”, according to Páleník.

There are approximately 402,000 Roma living in Slovakia with 95,000 of them living on the fringes of municipalities and 74,000 residing in segregated settlements, the Atlas of Roma Communities estimates.

To maintain the country’s current unemployment rate in 2025 without hiring immigrants, the number of employed Roma has to rise from the current 15 to 50 percent. If the employment rate of the Roma matched that of the majority, the labour market would get an infusion of 150,000 people, a 2014 Slovak Academy of Sciences study stated. Moreover, Slovakia’s GDP would increase by €3.1 billion if Roma had the same employment opportunities and wage levels as non-Roma, according to a 2012 World Bank Study.

There are signs that the number of Roma who have a job are higher than official records suggest, as they are active on the grey labour market, according to the National Employment Strategy published in October 2014.

The exact numbers of Roma taking informal jobs are unknown, but the EU Agency for Fundamental Rights (FRA) took a look at indicators such as lack of medical and social insurance in 2014.

On average, 19 percent of Roma in paid occupations living in EU countries say that they do not have medical insurance. The survey results also show that every third Roma respondent aged 45 and over does not expect or – if retired – does not receive a pension, according to FRA.

On average, the grey economy has less of a negative impact in Slovakia than elsewhere. Still, the state should deal with it because it is unfair to punish poor people for trying to earn money, Páleník said.

“It is funny that we praise highly educated people for taking two full-time jobs but punish Roma with two job contracts,” he noted.

Measures do not target the full-scale problem

To combat these trends, the current government pledged in its April 2016 programme statement to create 100,000 jobs and support employment particularly in poorly developed communities by creating social companies.

“Those 100,000 jobs may be a measure targeting 100,000 Roma or zero Roma,” Laco Oravec of Milan Šimečka Foundation, who works with socially excluded people, told The Slovak Spectator. “They are not even able to name the group which they want to target with those measures.”

While social companies may work in some settlements, it is not a way to solve the problem concerning such a large number of people in general. The state should instead support private firms in creating daughter companies focused on hiring excluded people, according to Páleník.

But private employers are mostly unprepared to hire people without working habits and claim that Roma are unreliable.

“I gave work to [some] Roma,” entrepreneur Kamil Juščák told The Slovak Spectator. “They got advance payments, a per diem allowance and then they packed up and ran away.”

Therefore, employers should hire a specialist or train their management to help people lacking working habits to overcome early difficulties, according to Slávka Mačáková, the director of ETP Slovakia, an NGO working with Roma.

“Those people haven’t worked for a long time, they studied near settlements and don’t know the unwritten rules of the middle class,” Mačáková told The Slovak Spectator.

Better education for the excluded pays off

In Slovakia, low value on the labour market is hereditary. Children from disadvantaged communities perform poorly at schools and later on the labour market, the OECD’s Education at a Glance study states. In the TIMSS 2015 study, 10-year-olds from the socially most disadvantaged environments achieved the poorest results among all EU and OECD countries. When those students turn 15, they have a 3.5 times greater chance of earning the poorest results in science-related subjects, the PISA 2015 results show.

“The system currently works in a way that we merely tell pupils with poor results that they perform poorly,” Vladimír Burjan, publisher of Dobrá Škola magazine told The Slovak Spectator.

On the other hand, special programmes targeting disadvantaged children are highly rewarding for countries. Investment in education of such children is comparable or higher than the historically highest returns on equity markets, according to the study, The Life-Cycle Benefits of an Influential Early Childhood Program by the University of Chicago.

“The programme generates a benefit of USD7.3 for every dollar spent on it,” reads the study.