It is not Coca-Cola’s fault that Central Europeans — as they often do in politics — passively accept cheap imitations.

Did you hear? Coca-Cola uses different sweeteners in the Sprite in Germany as compared to the Czech Republic. Orange drink at Billa in Slovakia has less juice than in Austria, and the Manner wafers are not as crunchy in Budapest as they are in Vienna. If you were to believe the results of this week’s Visegrad Summit, that is the EU’s fault. But it’s not.

If you want more pork and less fat in your Kaufland sausage (one study found that the Germans get more meat than the Czechs) the fastest way to convince them to change their recipe is to stop shopping there. Get your sausage from the Albert, Tesco or Lidl down the street instead. Aren’t they cheaper and better at your local butcher shop anyway? A 20 percent drop in sausage sales does a lot more to change corporate behavior than a statement from the Visegrad Group.

Free markets are not a solution for everything — like resettling children fleeing a war zone, for example — but when it comes to changing corporate behavior on consumer goods, they work really well. To demand intervention from Brussels on an issue like this, as the V4 did this week, is the height of hypocrisy from a group of governments who have insisted on repeated demonstrations about maintaining national sovereignty in recent years.

I have lived in Prague for eight years, and in the very first week I was here a Czech newspaper did a study that showed food with the same branding in the Czech Republic was of lower quality than in neighboring Germany and Austria. In other words, everybody has known about this for a long time and yet very few people have changed their behavior. 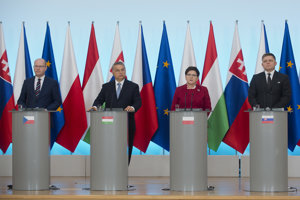 These are not cases of anti-competitive monopolies. Every single product I have seen in similar studies has an alternative that is likely right next to it on the store shelf — including the low cost ones. Furthermore, there is no allegation that these companies are listing fake ingredients on packaging. Accurate information is available, but shoppers still buy the same bad foods — and this despite more choices than ever. Angered by what you have just read about Sprite? Here’s a solution: Buy 7-Up instead.

Is it distasteful and dishonest for a company to try and mislead customers while providing low quality products? Yes, and there have been lists of the companies doing so in the newspaper or on television about every three months for the past eight years. They continue because shoppers let them. It is not Coca-Cola’s fault that Central Europeans — as they often do in politics — passively accept cheap imitations.

Shoppers (or voters) in Western Europe are not smarter, but they do set higher expectations — so they get better products.

Benjamin Cunningham
Benjamin Cunningham is a writer, journalist and PhD candidate at the University of Barcelona. He was formerly editor-in-chief of The Prague Post, a senior editor with The Slovak Spectator and a Prague-based correspondent for The Economist. His book “The Liar” will be published by Public Affairs in 2022.
Send the article by email