Those who would like to find a new hobby, or return to an earlier one, even without good knowledge of Slovak can attend the visual arts for beginners to intermediate course, lectured by an ex-pat. 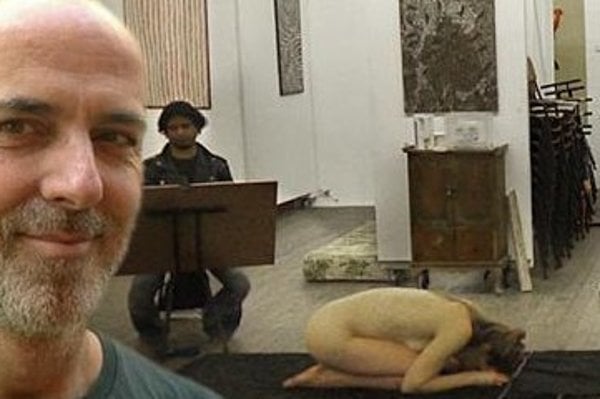 Australian sculptor, Robert Stollar, will be teaching the basics of realistic portrait drawing in three, four-hour sessions (Mondays), starting on March 13. No previous experience is required.

I met Mr. Robert Stollar in Bratislava, Iveta Slobodníková, director and lector of ZIV – the Association of Integral Education, informed. She added that Stollar is an Australian sculptor with experience in teaching figure drawing and they decided to cooperate. The portrait drawing short course will be the first one delivered in English for those who only speak this language, as well as for those from other countries who would like to partake in such a course but have difficulty with Slovak. Desk easels, all drawing materials and refreshements are provided.

ZIV, based in Bratislava, was founded in 2000 and it organises a lot of courses – painting, drawing, singing, various art projects, courses developing creativity and also self-help courses that teach how to deal with stress.

Stollar taught himself human anatomy and the elements of drawing which naturally progressed to figurative sculptural work. Between 2002 and 2008, alongside his artistic oeuvre, he trained himself as a graphic designer, editor of commercials and motion graphics designer which allowed him to work with several advertising agencies. His figurative sculptural work connects with the digital world in the exploration of 3D animation. His 3D work and compositing skills culminated in film work: between 2008 and 2011, when he worked as a VFX artist and film compositor on 13 feature films.

In 2012, Stollar returned to drawing and sculpting full time, while also participating in restoration work on such buildings as the Sydney Town Hall. His latest exhibition opened at The Regional Art Gallery in Broken Hill on 22 August 2014.

ZIV plans to run more courses, delivered in English, for people living or visiting Slovakia in the near future. An exhibition of their students' work from all the courses – painting, drawing and summer art symposiums is also slated for the end of the year. The course takes palce at the Galeria ZIV in the wider centre of the Slovak capital.